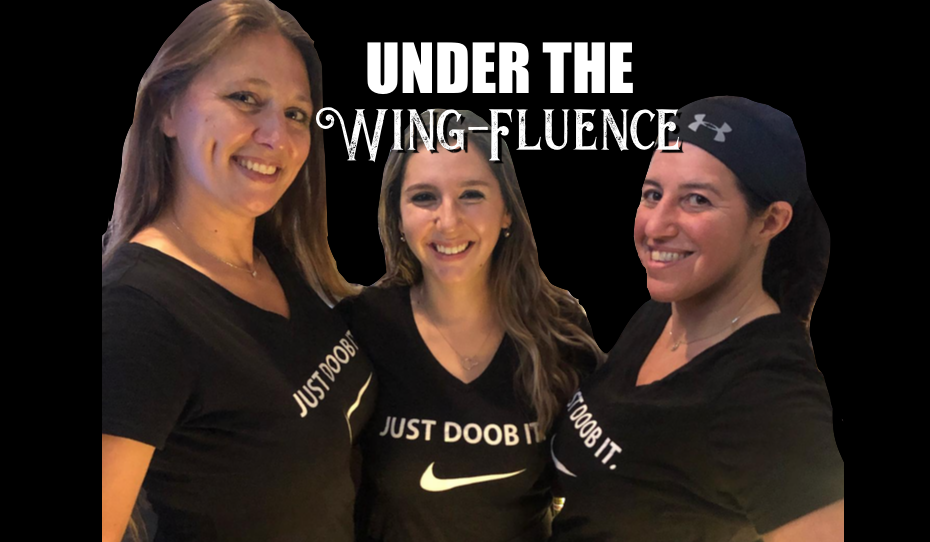 As we continue to celebrate Wing History Month (OK, I just made that up - but why not?) we need to take a trip back to the turn of the millennium to a Connecticut town called North Haven. It was there that John Acanfora purchased a long-standing drinking hole and turned it into Hard Hat Cafe.

Almost 20 years earlier, Archie Moore's in New Haven had become the first restaurant in the state to serve chicken wings. Ten years after that, TK's American Cafe in Danbury became the first to make "WINGS" an actual menu category. Dirt Wings were born in Plainville at J.Timothy's that year as well, while Sliders opened up just down the street possibly becoming the first actual "wing joint" in CT and then opened up four more locations.

Each of the aforementioned restaurants have their unique additions to CT Wing History, but the love story wouldn't be complete without Hard Hat Cafe and its now-legendary Doob style wings. 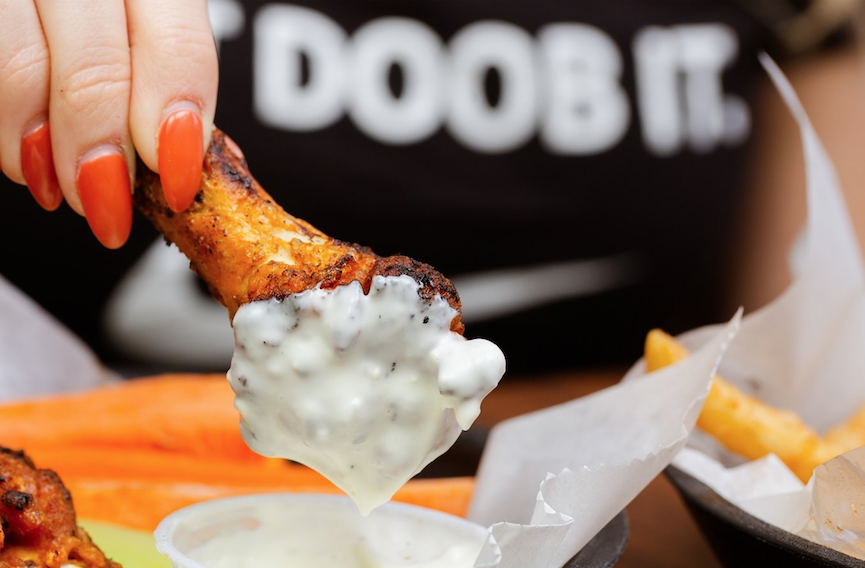 Sometime around 2001, Johnny "Doob" Chiara (pronounced Kee-ar-ah) who was a regular patron at the newly opened Hard Hat Cafe, went on a fishing trip to Alaska. While there, he encountered chicken wings that were different than the ones he was used to eating back home. The Alaskan restaurant didn't have a frialator in the kitchen. Instead they cooked their wings on a charcoal grill and then sauced them up afterwards.

Doob was impressed, and when he returned home he explained his wing experience with the chef at the Hard Hat who put an additional spin on the idea. He seasoned the wings, oil fried them, sauced them, and then grilled them off. "The flavor just bounced out because of our seasoning, combined with our own buffalo sauce," remembers Acanfora. "And those wings have been, by far, our top seller for over twenty years." They also took on Chiara's nickname, "Doob," and have claimed their spot in state wing lore. 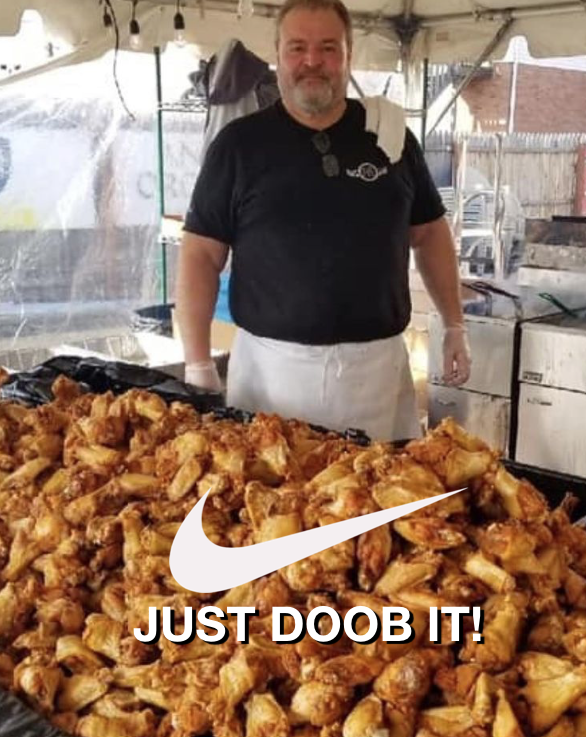 There are several wing flavors on the Hard Hat menu (and it should be noted that there's also a Hard Hat II in Wallingford) but the buffalo wing is the one that goes "Doob style." The others are prepared the traditional way in the deep fryer.

EDITORS NOTE: The Lemon Pepper wings were a Wingaddicts all-time favorite as well. 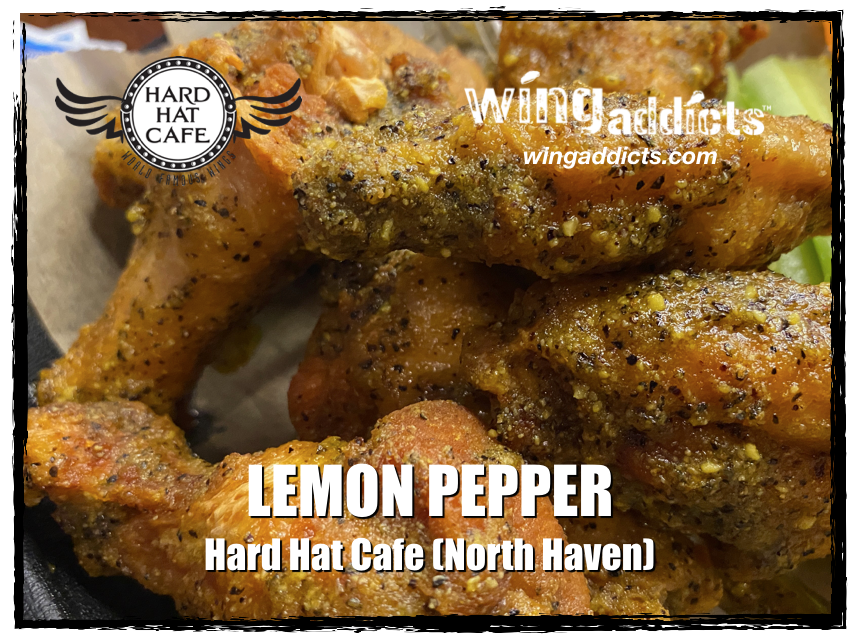 So as you're out on your wing trail this summer, be sure to find a detour into North Haven or Wallingford and order yourself a dozen or so of the Doob wings. You'll feel right at home and your wing-eating resume will become further fortified.

* Watch the Wingaddicts' Hard Hat video episode at this link: 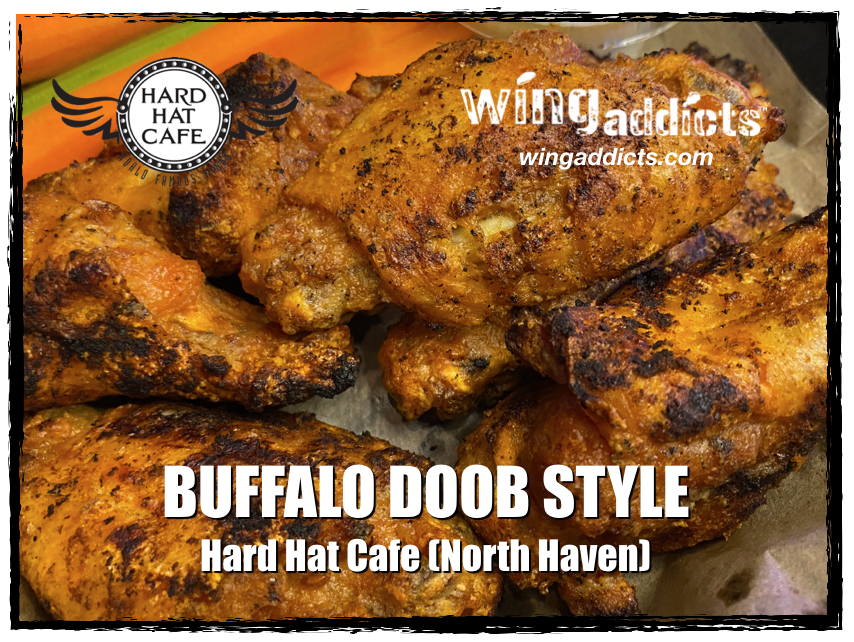 If you want to find wings anywhere in the world, post your own favorites, do reviews or just browse awesome wing stuff, download the new Wingaddicts Starter Wings app for free in your app store, or by clicking this link.

Join Facebook’s largest group of wing enthusiasts (Wingaddicts Community) and be sure to subscribe to the Wingaddicts channel on YouTube to see over 200 episodes!

Previous Buffalo is NOT the Wing Authority
Next My Mouth Is On FIRE!