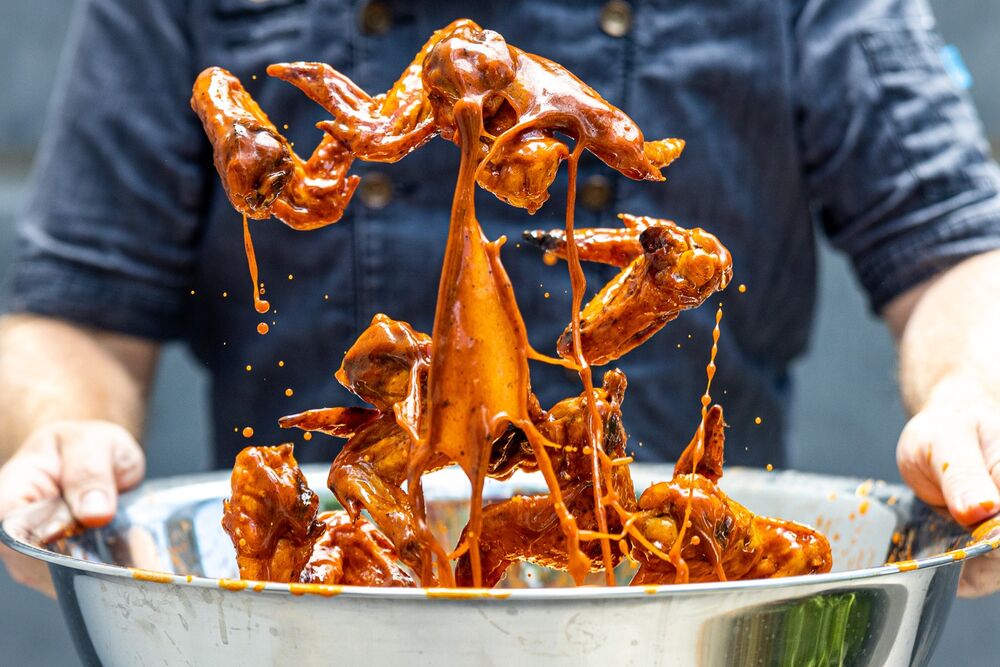 In this wonderful world of wings, we’re constantly discovering new flavors and new cooking techniques. We tend to go back and revisit our favorite restaurants who do it the best and, every once and a while, we’ll fire up some of the homemade variety.

In the Wingaddicts Community on Facebook, I’m impressed and quite often mystified by some of the amazing wings people are able to fire up at home. It’s almost like watching the Food Channel late at night and watching these masterful chef contestants create a gourmet dinner out of fish testicles, green beans, and pop rocks! 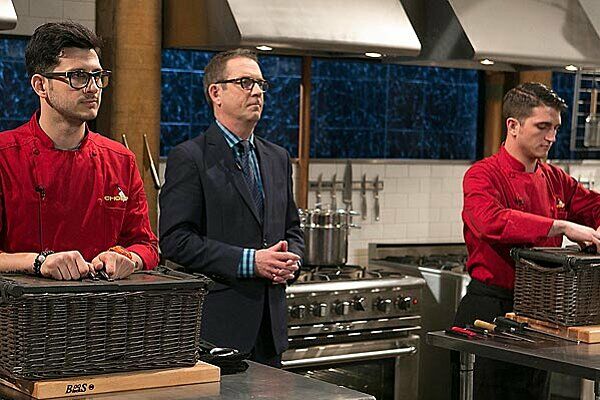 Me, I’m a simple man when it comes to my kitchen. When I make homemade wings (except for the few times I’ve tried my hand at cookbook recipes), it entails throwing a dozen wings in the air fryer and then dumping in some bottled sauce that drew me in last time I walked down the condiments aisle at the grocery store. I’m sure most Wingaddicts in the group are like me. Franks Red Hot, Sweet Baby Rays, Kikkoman, Old Bay, or some store brand jerk sauce fits the bill.

Wingchef Ryan (Pasler) on the other hand, is an actual trained chef. When he makes homemade wings I need a paper towel to mop of the puddle of drool by my keyboard from just reading the description. It would be so cool to be able to understand flavors and know how to mix and match them. 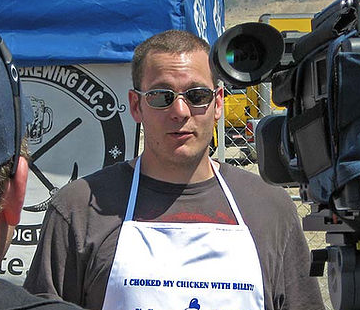 Bryan is a longtime wing enthusiast who grew up eating buffalo wings with the original Anchor Bar recipe from Buffalo. When he moved to Bozeman, Montana 23 years ago he was disappointed to find that he couldn’t readily find his favorite delicacy done to his liking.

“There aren’t a lot of great wing places in Bozeman, Montana,” he joked. “I see the Wingaddicts shooting episodes at all these different locations and I’m wondering how the heck you guys do it. I’m pretty jealous."

Necessity is the mother of invention, though, and so Deats started creating his own wing recipes. Then he started entering his wings in food shows and competitions. His first big victory came at the first annual Wing Ding in Butte, Montana in 2009. Deats and his classic buffalo wings took home the grand prize for “Best Wings." 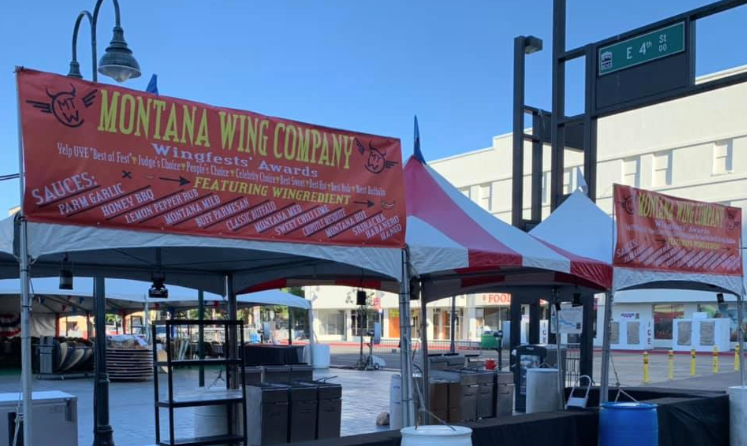 Bryan learned about the “Biggest Little City Wing Fest” in Reno, Nevada through an online search, entered, and made the 900-mile trek in 2014. The annual festival attracts over 80,000 people and includes wing sauce chefs from all over the country. In the rules, he read that the wing sauces had to be mixed on site so instead of packing up all the different dry spices he’d need for his vintage hot wing recipe he combined them in a plastic bag to be able to transport and prepare more easily. He only entered one flavor that year, and took home the first place trophy from YELP UYE for “Best Hot Wing.” 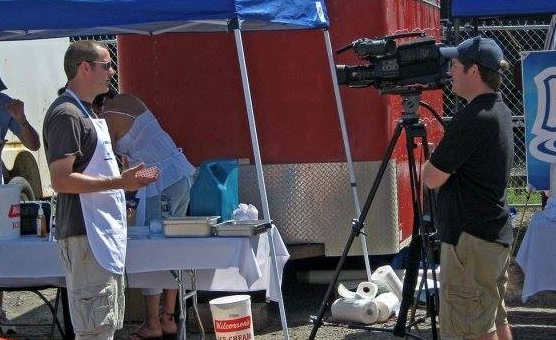 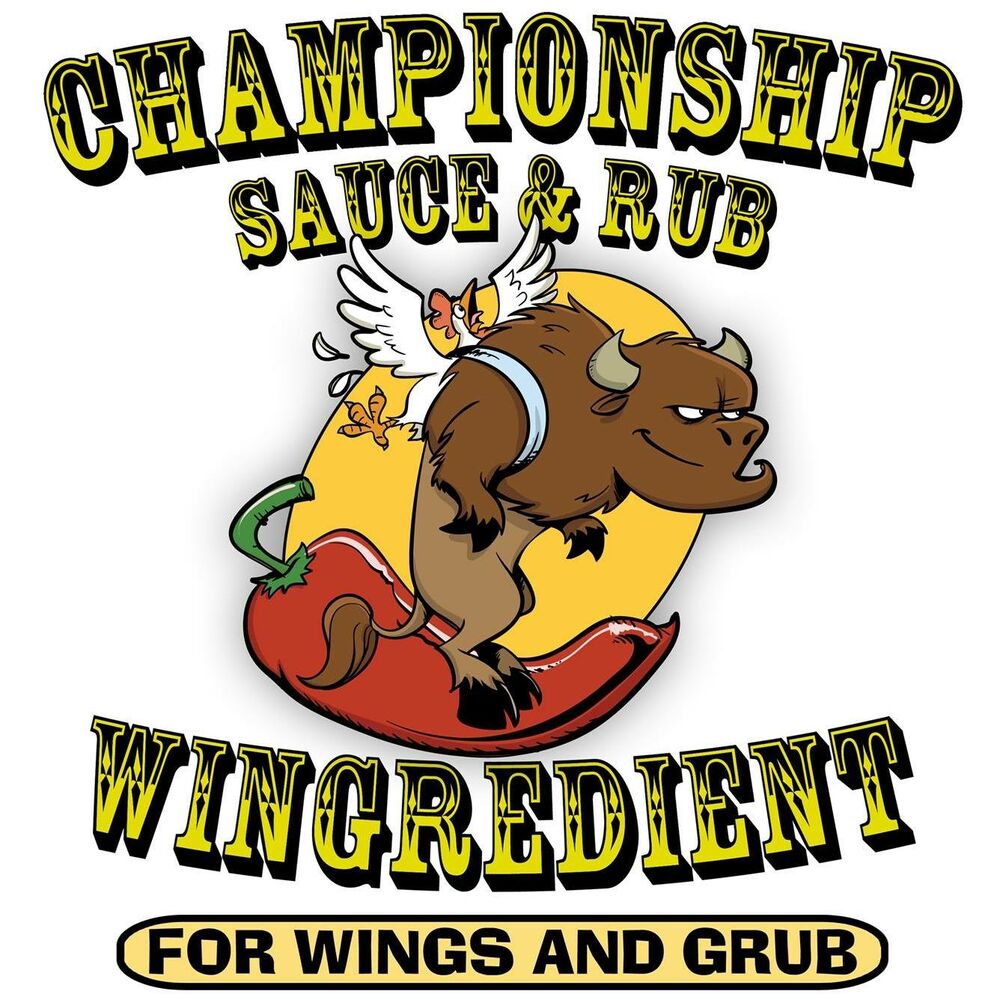 Based on what he had done at the contest in Reno, he had the idea to mix up dry spices for multiple flavors which could then be mixed (at will, and without expiration date problems) as needed. Over a few years he ate wings at every restaurant in the Bozeman area and also purchased over 400 bottles of sauces to sample. Then, he created his very own recipes like Montana Sweet & Tangy, Honey Mango Habanero, Chipotle Mesquite, Jamaican Jerk, Best Buffalo Classic, Buffalo Ranch, Lemon Pepper, Buffalo Parm, Honey Hot, Sweet Chili Lime, Parmesan Garlic, Asian Honey Ginger, Montana Ale, Asian Buffalo, Jalapeno Lime, Chipotle Ale, Smoked Huckleberry, Chipotle Parm, Huckleberry Habanero, and Cajun Ranch. 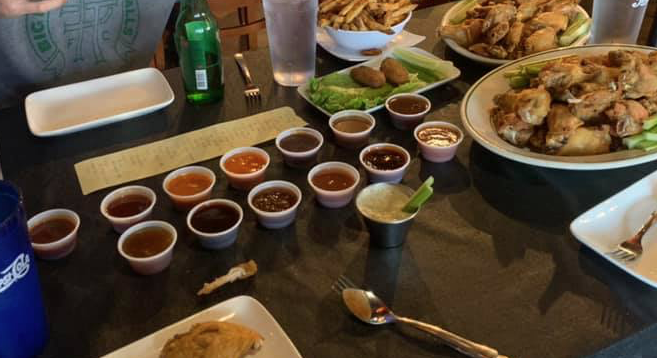 With each packet of mixed spices, also come the mixing instructions and even prep videos. For example, Honey Mango Habanero has instructions for making it mild, medium, hot, extra hot, sriracha style, BBQ style, or an Ale Recipe. To make it “Hot” for example (commercial-sized portion); combine a full bag of mix, four cups Red Hot, two cups melted margarine or butter, 1.5 cups honey. Done. The Extra Hot version is the same, but with less butter or margarine. These recipes are so simple a child could follow along and also have alternative “healthier” ingredients such as coconut oil, pan and grill oil, olive oil, or ghee. They also have recipes for the personal (residential) home-sized portions. 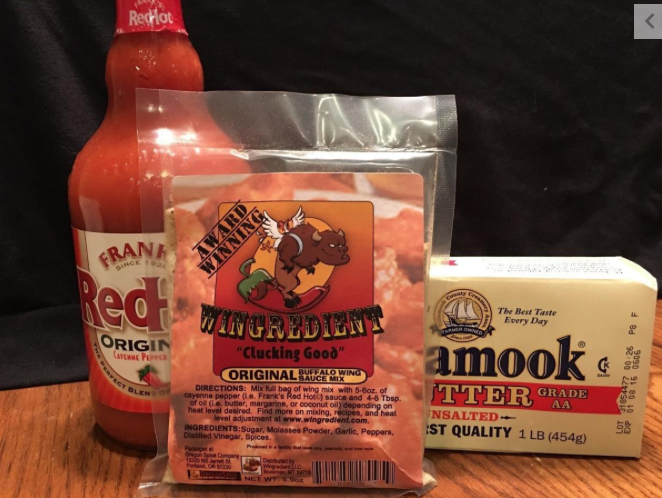 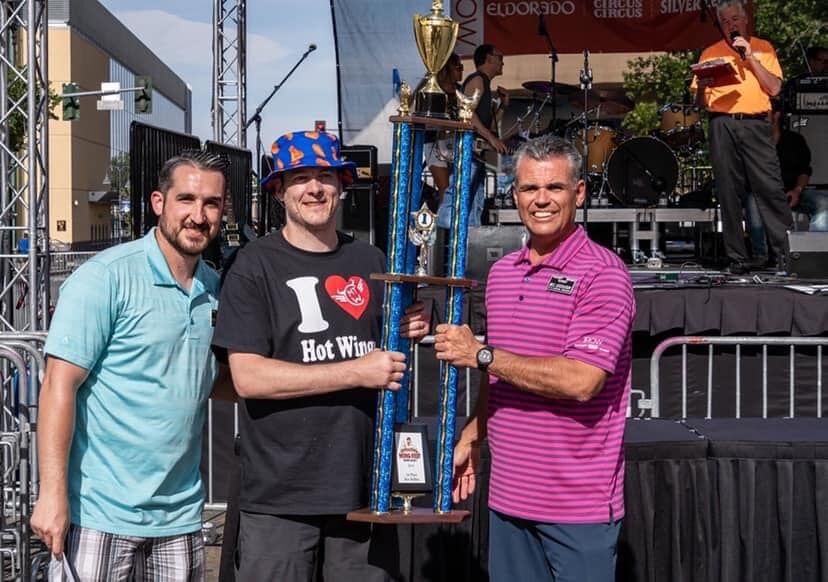 In 2016 he won “Most Award Winning Wing.” The next year he won “Celebrity Choice.” In 2018 it was “Best Dry Rub Award.” And finally, in 2019 (before Covid wiped out the festival) Wingredient took home “Best Hot Wing” again as well as winning “1st Place Wings Base Sauce” at the Casper Wing Ding in his original hometown of Casper, Wyoming later that year, beating out dozens of local restaurants. Bryan and Wingredient has also been dubbed  the “Ultimate Montana Wing Ding Champion." 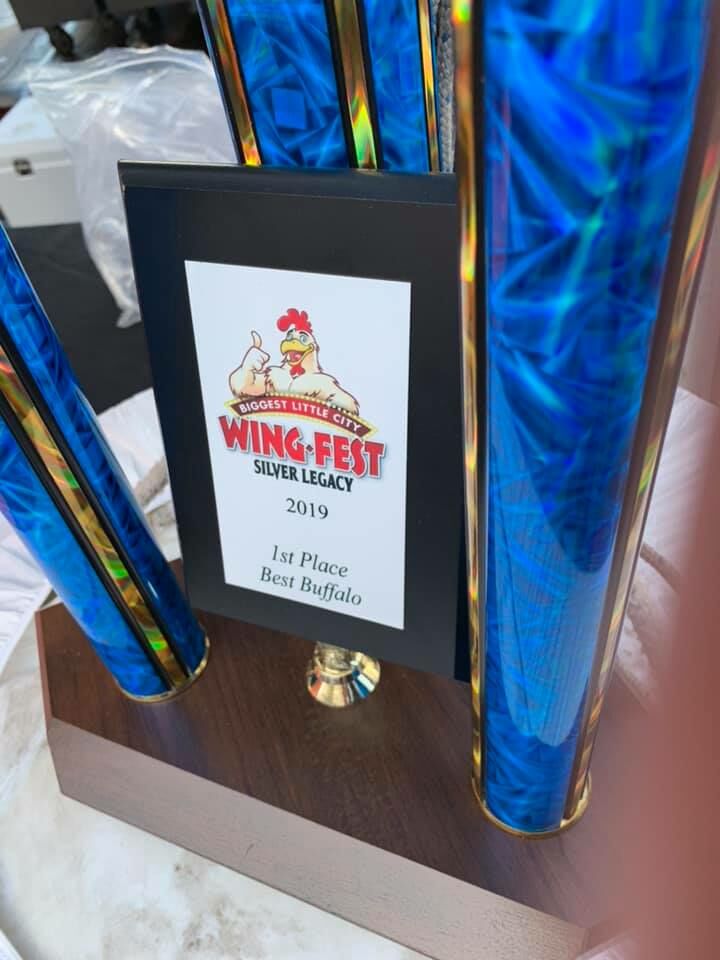 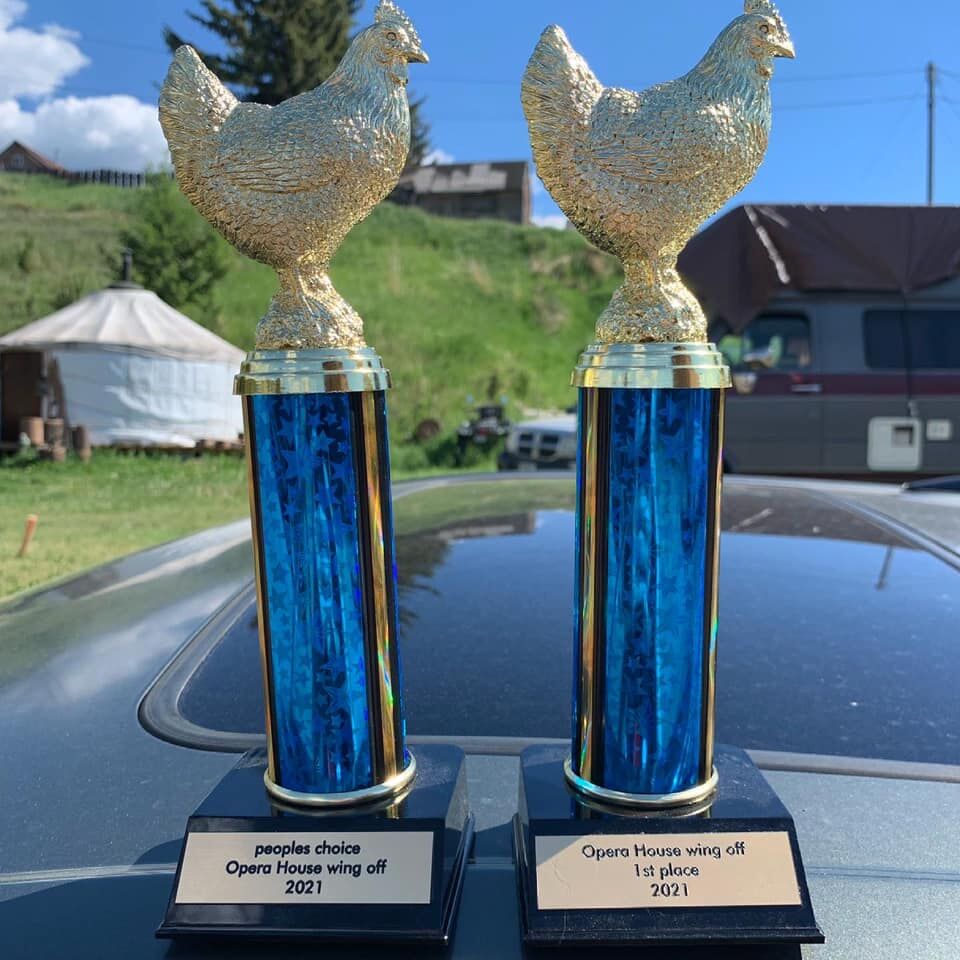 After four years in business, Wingredient’s proprietary ingredient packs are currently being used commercially by over thirty different restaurants throughout Montana, Wyoming, and South Dakota as well as residentially across the northwest. After years of sending out samples and winning at local contests, 2021 will be the first year the company finally turns a profit.

Restaurants and individuals may order any combination of Wingredient sauce starters and also view mixing instructions via the website (click this link). What a way for the amateur wing chef (like me) to be able to fire off some amazing (not sold in stores) flavors for home wings!

But while he eats wings literally everywhere he goes, Wingredient is just a “side hustle” for Mr Deats. When he’s not suited up as a 5-Star Wingaddict, he puts on his karategi as a Certified Muay Thai instructor and Black Belt in Brazilian Jiu-Jitsu. 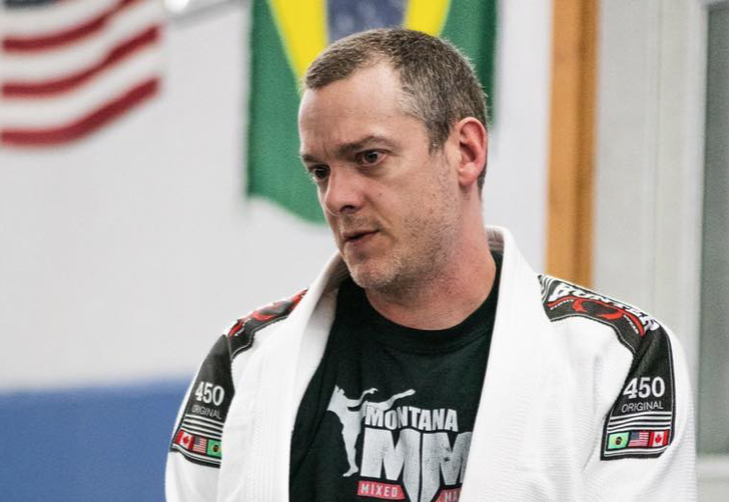 Deats runs Montana MMA, a gym he started in his garage in 1998 while in college at Montana State University. Today, his martial arts studio is the largest in Montana with over 300 students including a dozen competitive MMA fighters. And guess what? His gym has won awards for "Best of Bozeman" in the Bozeman's Choice Readers Polls in 2018, 2019, 2020, and 2021. 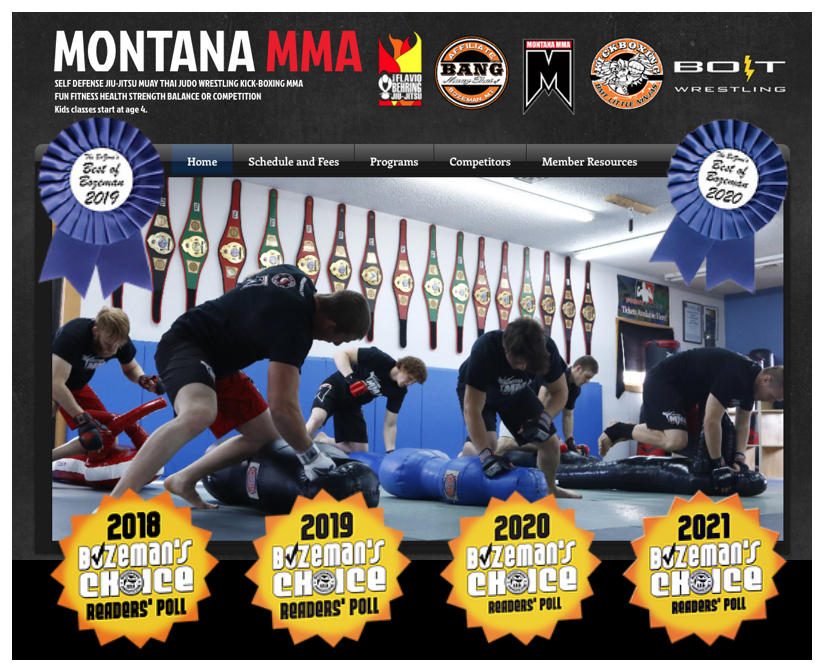 Wings up, Bryan! We Appreciate you! 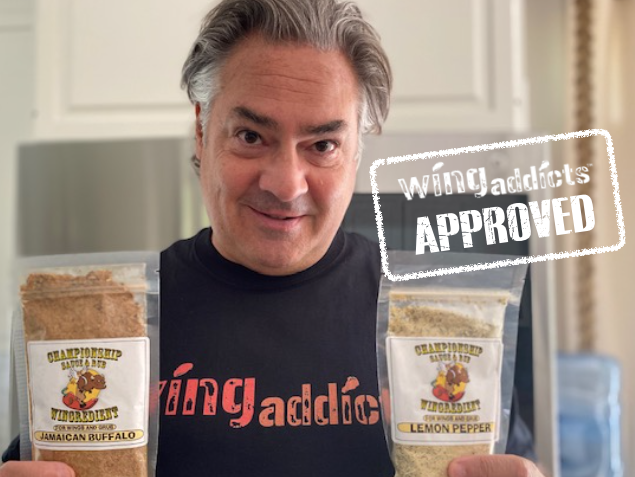