Casey Dohme and his boys from The Blind Rhino took home four trophies from the US National Buffalo Wing Festival in Buffalo, NY this weekend. 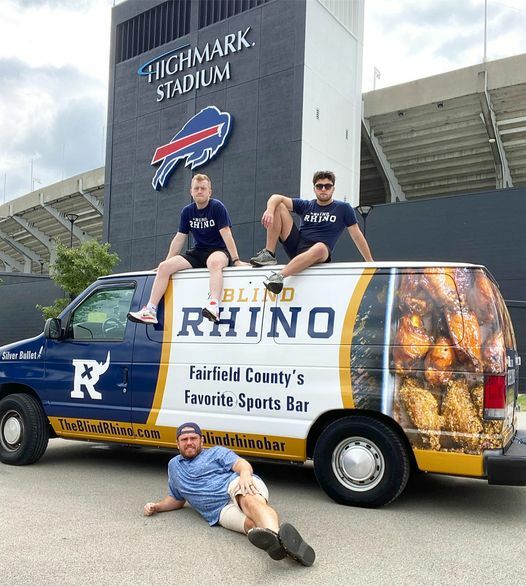 "It was crazy," Casey explained. "We were slinging wings all weekend long, probably like six, seven, or eight thousand. On Sunday, Drew (Cerza) came up to us and said, 'I hope you guys have a big car,' and handed us the first three trophies." 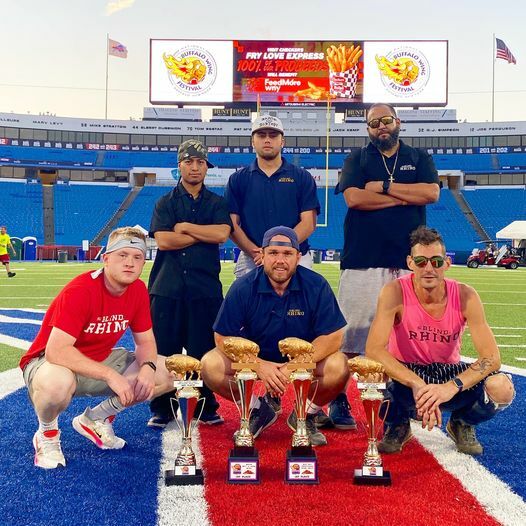 Drew Cerza is "The Wing King" and founder of the festival which was in its 20th anniversary this year and held at the Buffalo Bills' Highmark Stadium. 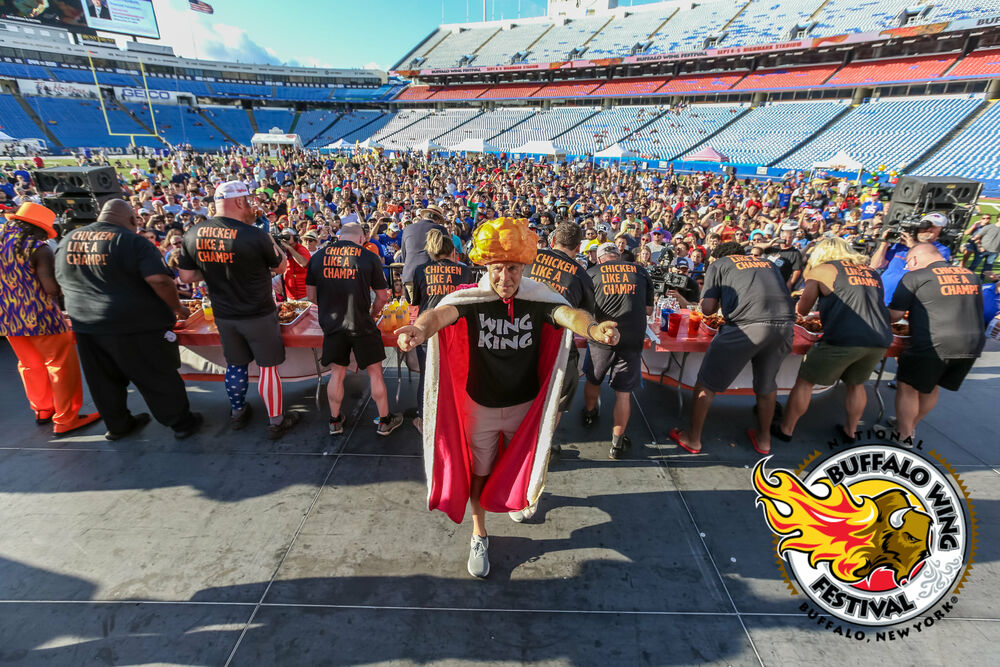 Those three trophies were from a blind judging between 22 restaurants on Saturday. The Rhino - the only CT restaurant at the competition - took FIRST PLACE for "Best Hot Traditional Wing Sauce" for its Spicy Buffalo, which had previously taken 2nd place in 2019. 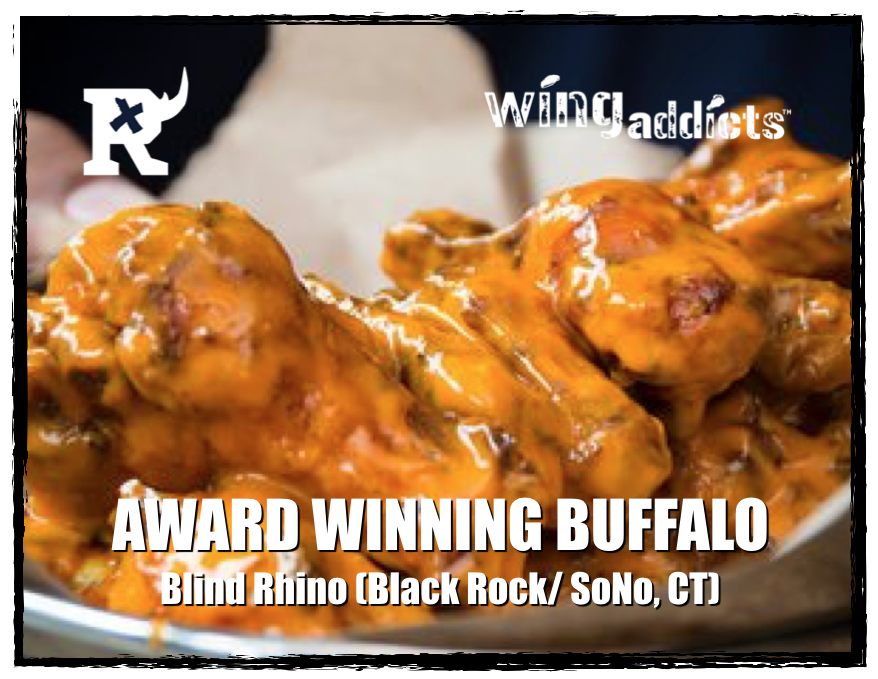 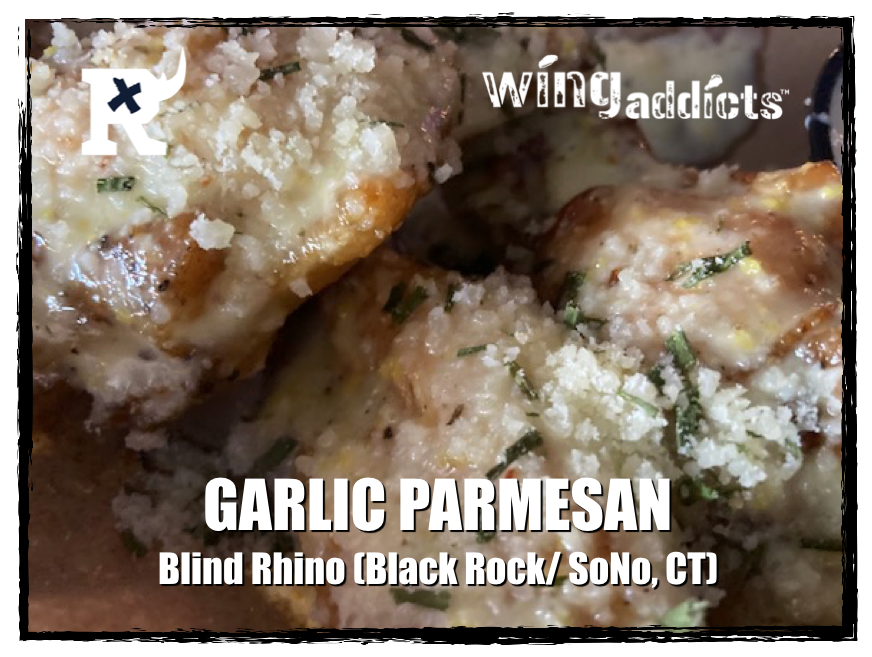 On Sunday, the Rhino boys were approached by the "Expert Pannel" where they were presented the Festival's grand prize; First Place - "Best in Show" for their Plum Sriracha wing. 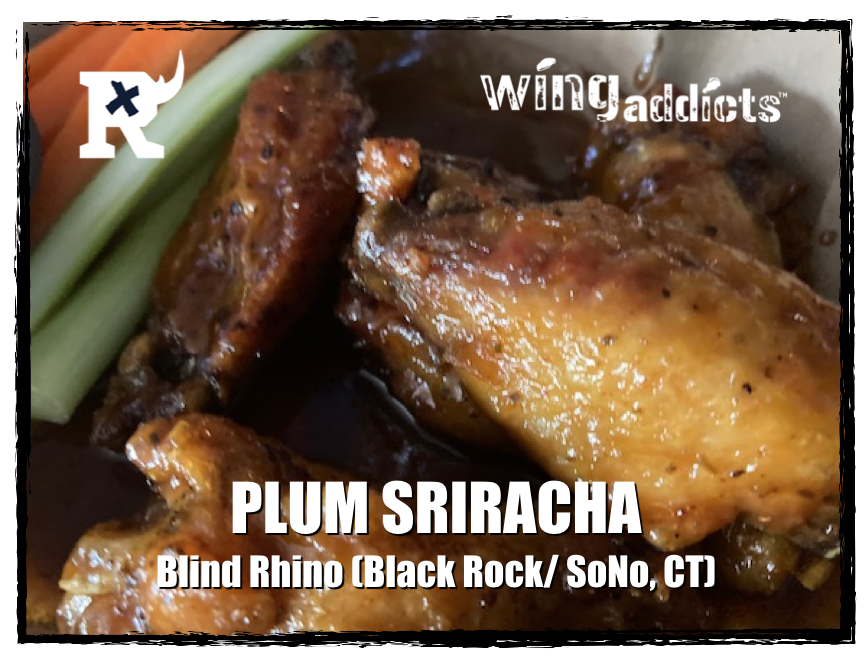 "Our plum sriracha was a huge hit at the festival," says Casey. "We were planning on entering our garlic parm for this one, but there was such a buzz about this one. It's a unique flavor and everyone there was going crazy for it."

CONGRATULATIONS to Blind Rhino owners Casey, Jamie Pantanella and Matt Bacco and to the whole crew who made the trip to the Buffalo Festival. The Blind Rhino has restaurants in Black Rock and South Norwalk. Go on in and visit and try out these Championship Wings. 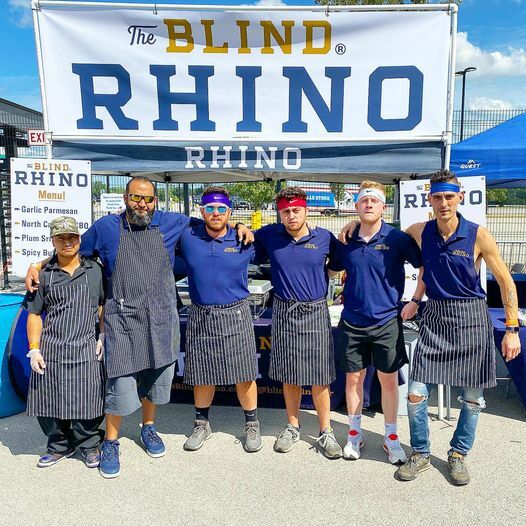 Check out the Wingaddicts episode we shot at Blind Rhino last fall with US Senator Chris Blumenthal. And watch for a RELAPSE episode at the Rhino coming soon!