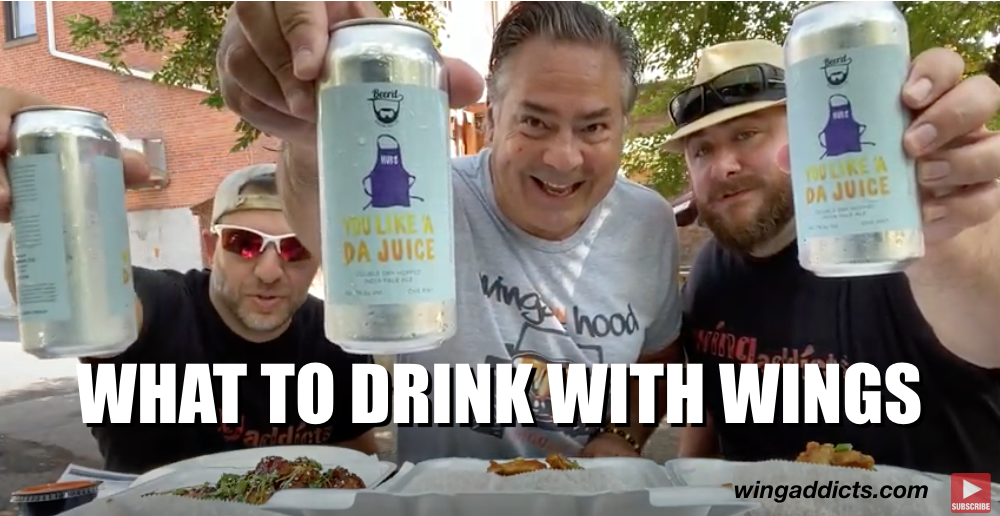 While filming a Wingaddicts episode at GG’s Pizza in Milford, owner George Pastorok emerged from the bar with two ice cold glasses of lemonade. “I want you guys to try these,” he said in what seemed like a strange request at the time. “I’ve always wondered what drinks pair well with wings.”

So there you go. The mind of a professional chef.

After 160 Wingaddicts episodes and thousands of wings, I can honestly say that the thought never once crossed my mind. I’ve chased my wings with iced tea, cola, root beer, orange soda, and (most often) beer. Since Wingchef Ryan is a bit of a craft beer guy, we normally select from the list of IPA’s available.

From what I can remember, we’ve had Two Roads, Sea Hag, Two Juicy, Headway, Counterweight, Bad Sons, and we even had a whole season sponsored by Cold Creek Brewery. I can also remember having Blue Moon, Shock Top, Red Stripe, Coors Light, PBR and Corona along the way. 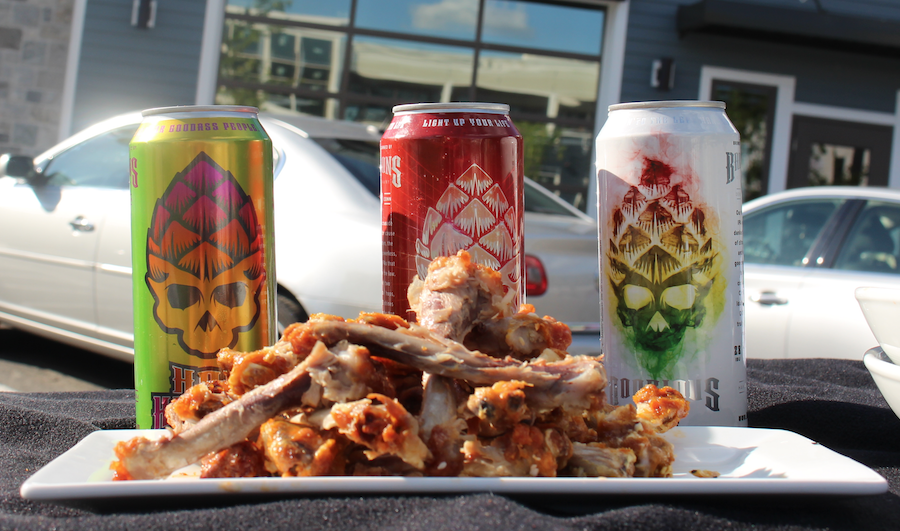 In our Facebook "Wingaddicts Community," it has been suggested (by serious Wingaddicts like Rob Peters) that an inexpensive light beer like Miller Light is the best pairing for wings. But what is perfect? It might be another chicken-and-egg question. 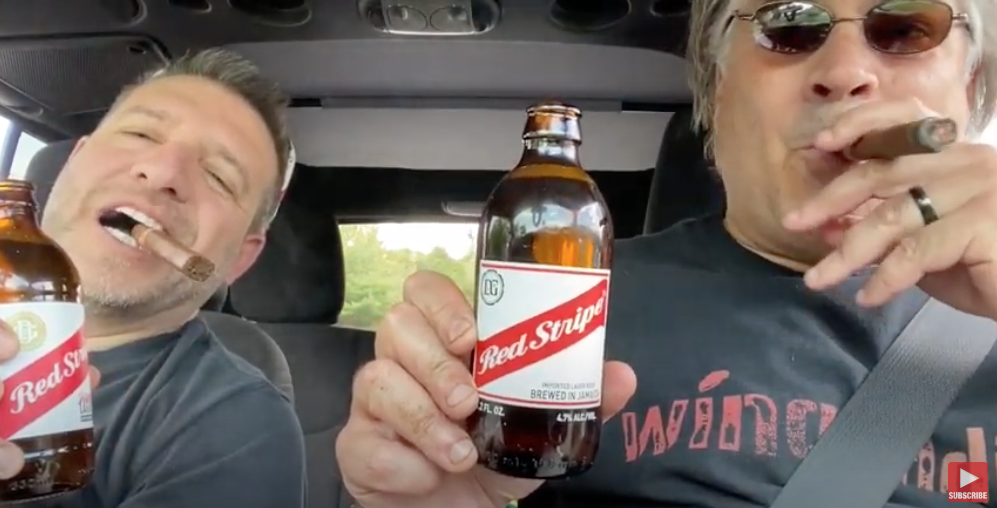 At Bonfire Grille in Milford, we fell in love with their in-house Bonfire Habanero Wings which were some of the spiciest we’ve ever had. With our mouths on fire, owners Frank Basil and Rob Cyr appeared with “frozen sangria.” It was like a cocktail-sized slushy, I forgot what was in it, but it was tremendous and put of the fire immediately. One of the best (and most-memorable) drinks I’ve ever had with wings for sure! 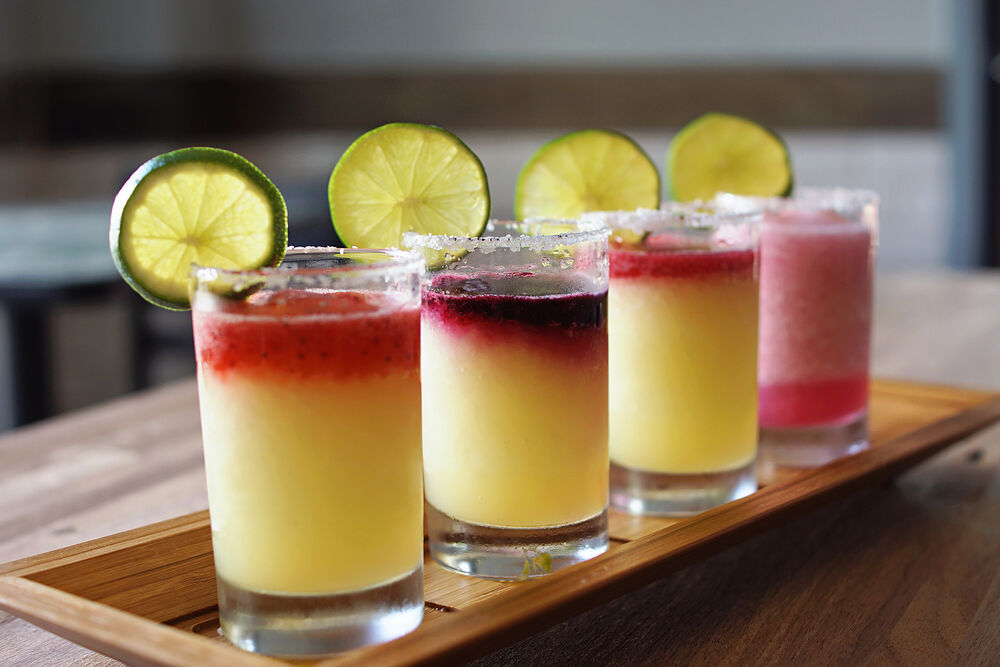 While I can admit to drinking an above-average amount of wine (afterall I am a professional consumer), I can’t imagine ever drinking wine with wings. Experts say that low alcohol wines pair well with spicy foods. They even suggest sweeter white wines like Riesling to accentuate the spicy wing flavor. Wingaddict expert Lisa Siedlecki recently made an interesting post (from Wine Folly) regarding wine pairings.

During an episode at Blarney’s in Willimantic, Wingchef Ryan decided not only to eat the Murder Wings (a combination of the two hottest peppers on Earth) but he proceeded to drink the sauce container as well. Just threw it back like anyone would take a shot of Trinidad Scorpion and Carolina Reaper. His drink of choice that day was a gallon of milk! 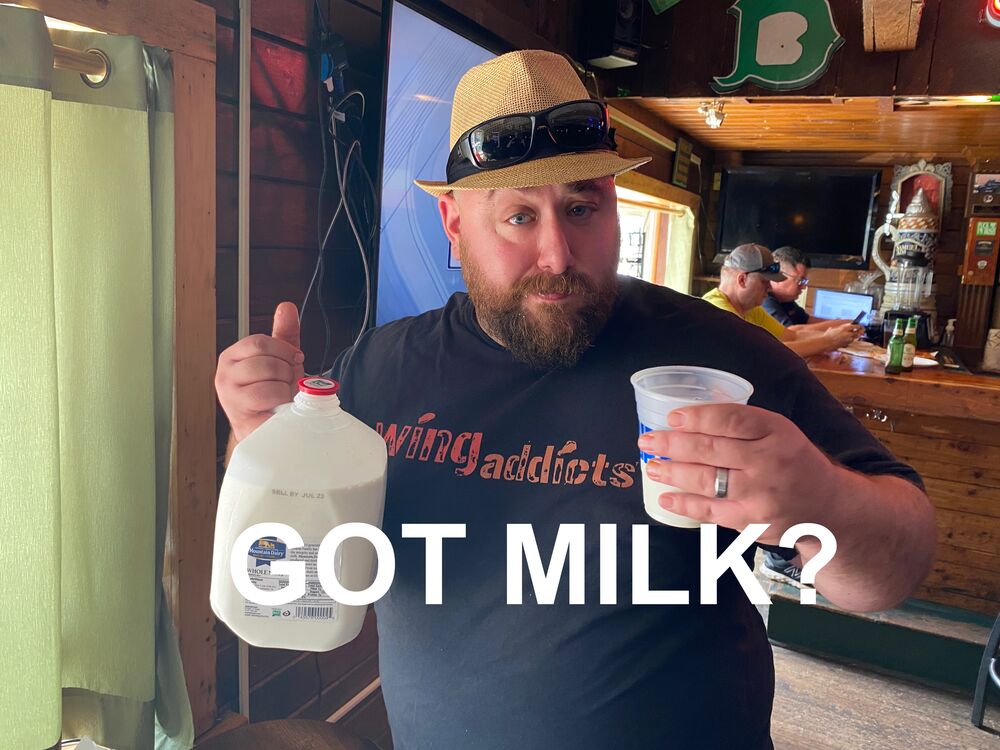 Professional eaters (?) will tell you that drinks which are tart or sour pair well with foods that have greater acidity. Like a citrus or fruity drink. Rich foods supposedly pair well with carbonated beverages which cleanse the palate, which is why greasy, cheesy pizza is so good with orange soda (or any soda for that matter). You’ll often find Foxon Park sodas at the great Connecticut pizza spots. If not, improvise! 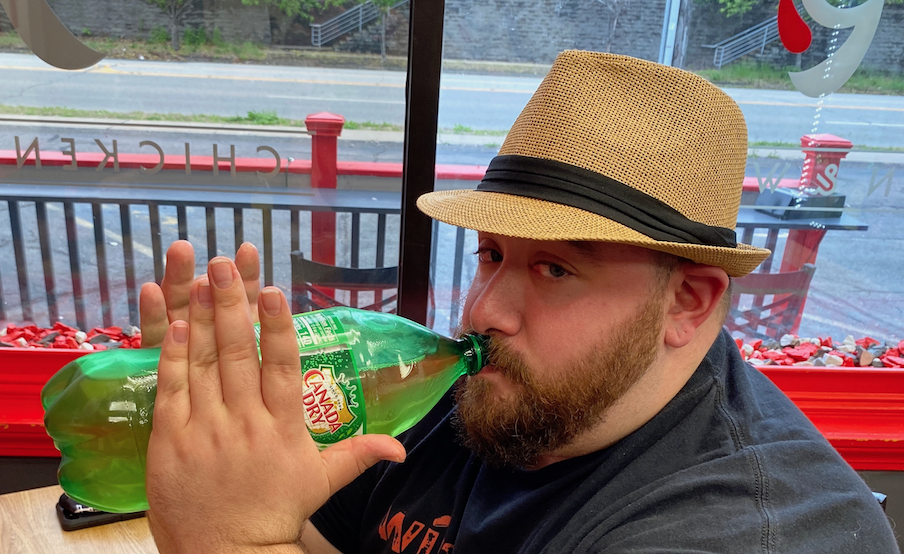 They say that oak, from barrel-aged or barrel-fermented, is an obstacle to delicious food and wine pairings. Did I mention that Doni The Cleaner has a collection of over 200 bourbons in his at-home bar? I too have been a bourbon lover for a number of years, even longer than Doni in fact (though I have only a collection of empty bottles). 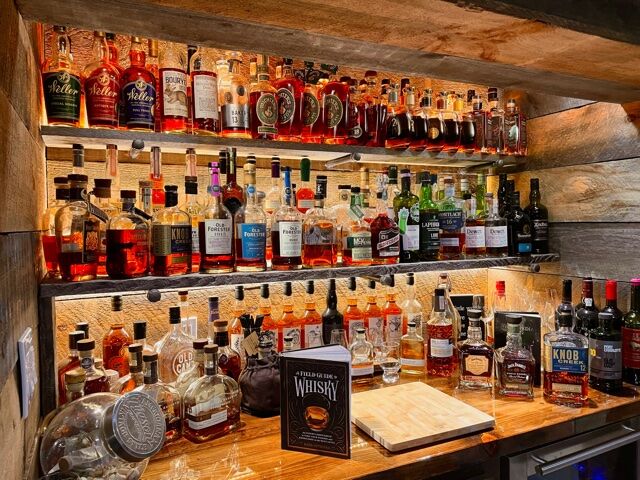 And while I’ve had bourbon after wings many times, I’ve never had them together and even so couldn’t imagine it as “an obstacle.” I actually found a blog that promised whiskey to be a perfect supplement to wings. They paired a variety of different whiskeys to several different wing flavors. I feel much better now. 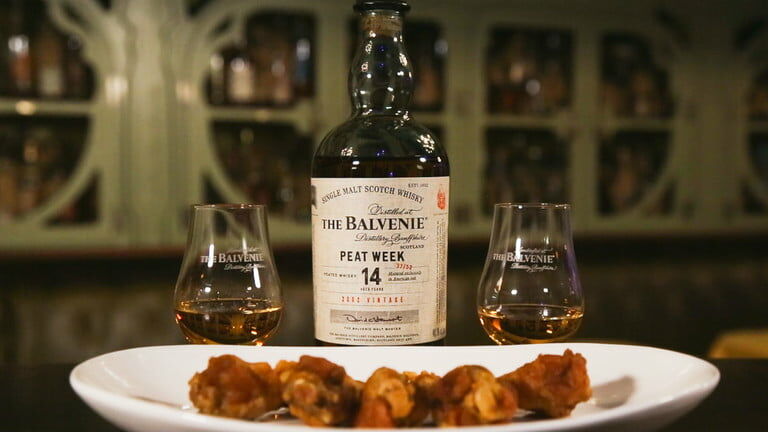 An article posted by Giordano’s (an Illinois-based pizza restaurant) suggests serving sweet white wines with a batch of spicy wings. They also believe that the dark meat in wings stands up to medium bodied reds like Pinot Noir or Zinfandel. I have to admit, I’m REALLY not feeling the wine-with-wings thing. But OK, I’ll try it and report back.

Food and Wine Magazine tells you to drink richer, off-dry wines with fruity glazed wings which is kind of opposite of the “sweet wine” theory. Bright Cellars says that Chardonnay and Pinot Noir are perfect for pairing with Honey BBQ Wings, while another article (and I like this a lot better) says that a martini is the perfect drink with spicy buffalo wings. "Shaken, not stirred." 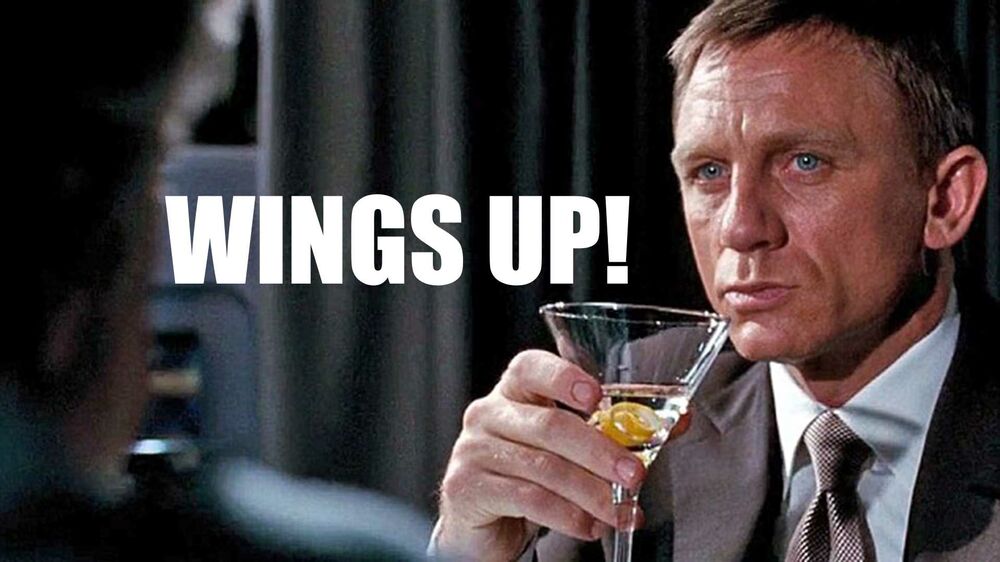 What about the beer argument. I mean, that’s what the Wingaddicts have mostly had with our wings. Serious Eats says "Buffalo wings have big, brash flavors that need an equally brazen beer to tackle them. American style pale ales and IPAs will do the trick. Both have bracing bitterness and juicy, citrus, hop flavors that will play both offense and defense, complementing and contrasting the searing sauce." 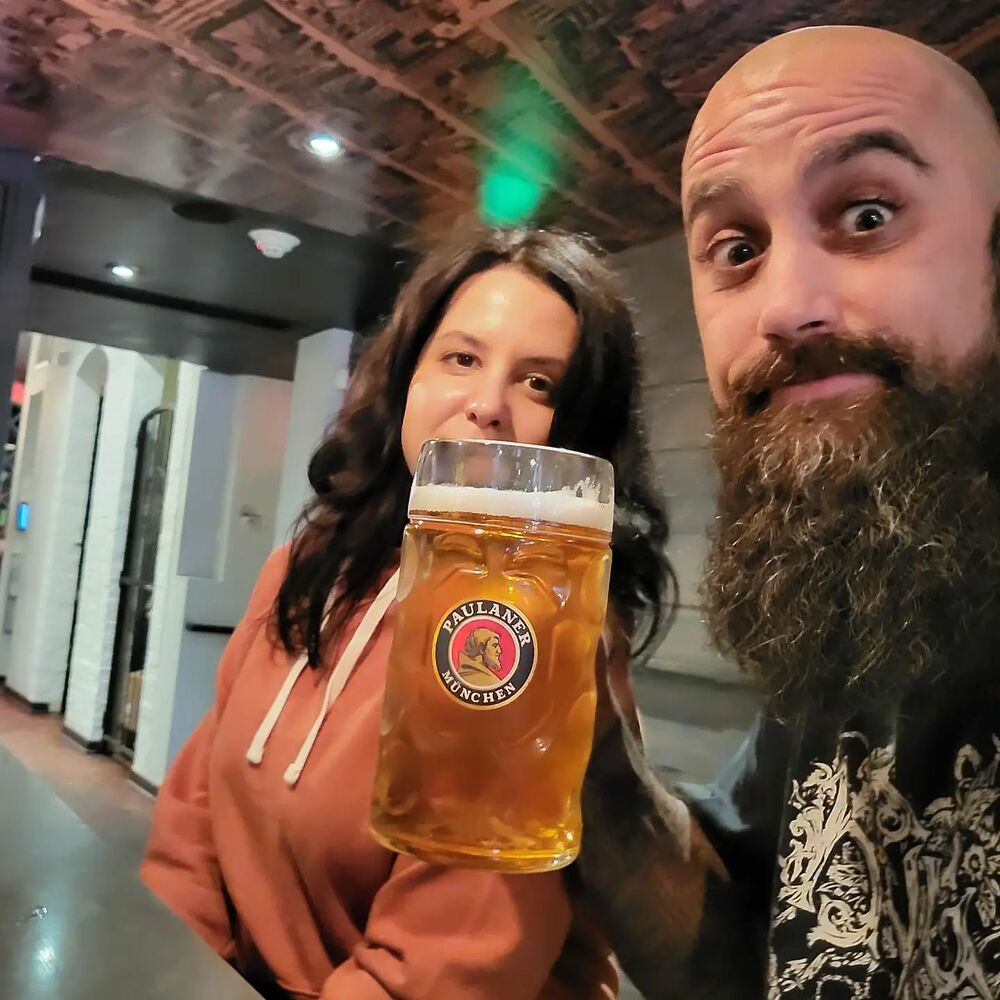 Here are some for consideration:

Spicy Buffalo Wings - Hoppy Beers can play up the spice in your wings and the residual sugars will compliment it perfectly.

Honey Garlic Wings - Crisp and clean beers with sweet undertones like a honey brown lager which will give you a balance of sweet and refreshing.

Salt & Pepper Wings - A cream or blonde ale, or a pale ale, will cut through the saltiness.BBQ Wings - to cut through the sweetness but also compliment the spices order a dry berliner weisse.

Honey Hot Wings - Since the flavors are already a balancing act, Drink a light, delicate beer that will keep you refreshed and ready for more wings.

Teriyaki Wings - Belgian witbiers have coriander and citrus (orange peel) which pair well with asian flavors. They will pull out every spicy and sweet note on those awesome wings.

Spicy Korean Wings - A premium lager is best to help contrast the pleasant heat while the seetness from the malts will compliment the brown sugar in the sauce.

Sounds like a lot to remember. I mean, what if you order eight different wing flavors? Truth is, I stop drinking altogether once my wings arrive anyway. After I’ve finished, its anybody’s guess! I'm in a "Big Wing Haze" by then! 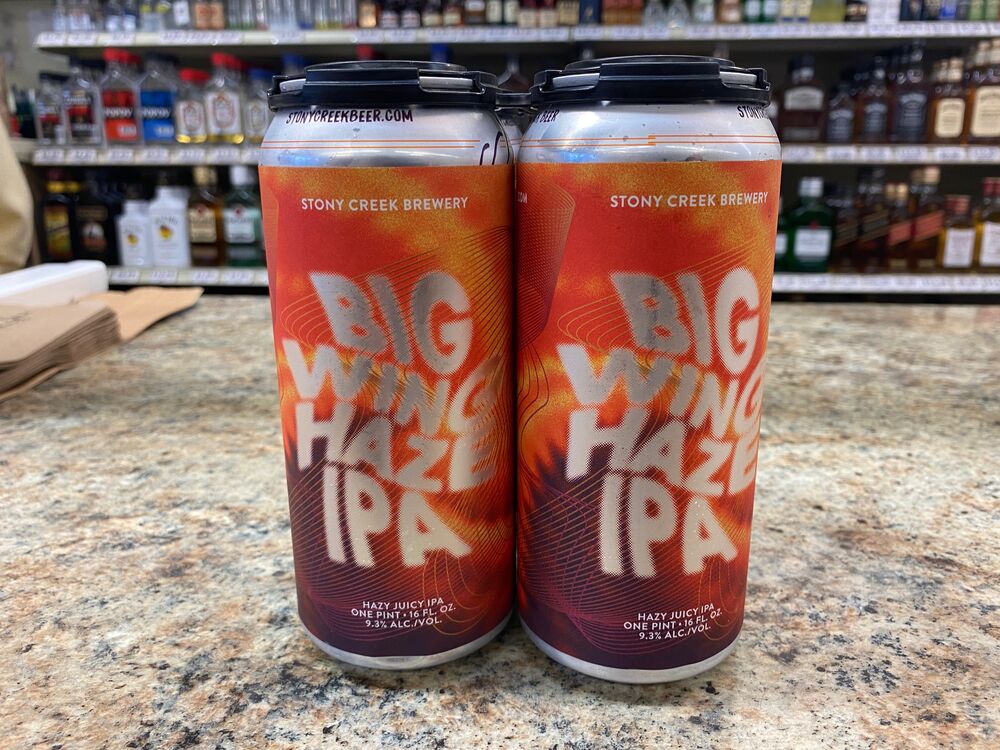 The truth is, just like the question “who has the best wings,” drink pairing is most-likely completely subjective.

We’d love to know what you all think. Or do you even care?  Is there a certain drink that goes well with buffalo wings? What about sweeter or even hotter wings? What’s your go-to if you can have whatever you want?

Please comment in the "Wingaddicts Community." We want to know!

Wingaddict Tommy Wyatt has been posting weekly Wingaddicts blogs every week for over a year. Go back and browse some super-interesting wing-related material at www.wingaddicts.com. And, as always, we love your feedback!