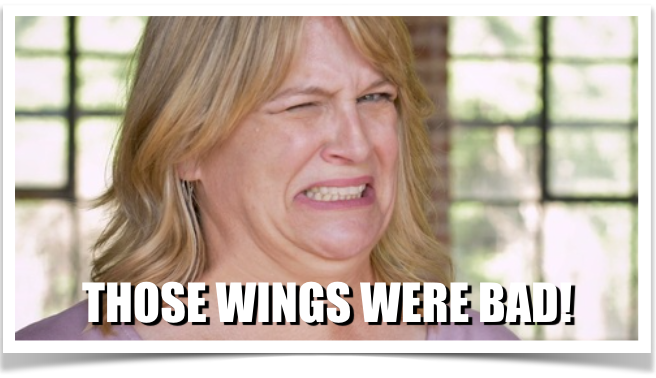 Did you ever watch a Wingaddicts episode, get excited, go to that particular restaurant, and hated the wings? “What the hell are these guys talking about?”

I’ve had a few instances over the past few years where people would reach out to me and complain about the wings they had. “You guys said they were top notch on your video! Doni said ‘hands down, best ever!'”

I’ve even, honestly, gone out (undercover) for wings with my wife on a handful of occasions, where SHE didn’t like the wings. (Granted, she’ll only eat buffalo - a carb thing). And sometimes I’m even disappointed myself.

We actually get the question all the time, “do you ever not like the wings?”

I’ve finally figured it out!

When we go out to shoot a Wingaddicts episode for the YouTube channel, we order at least six different flavors (or every flavor on the menu, depending on the size of the list!) 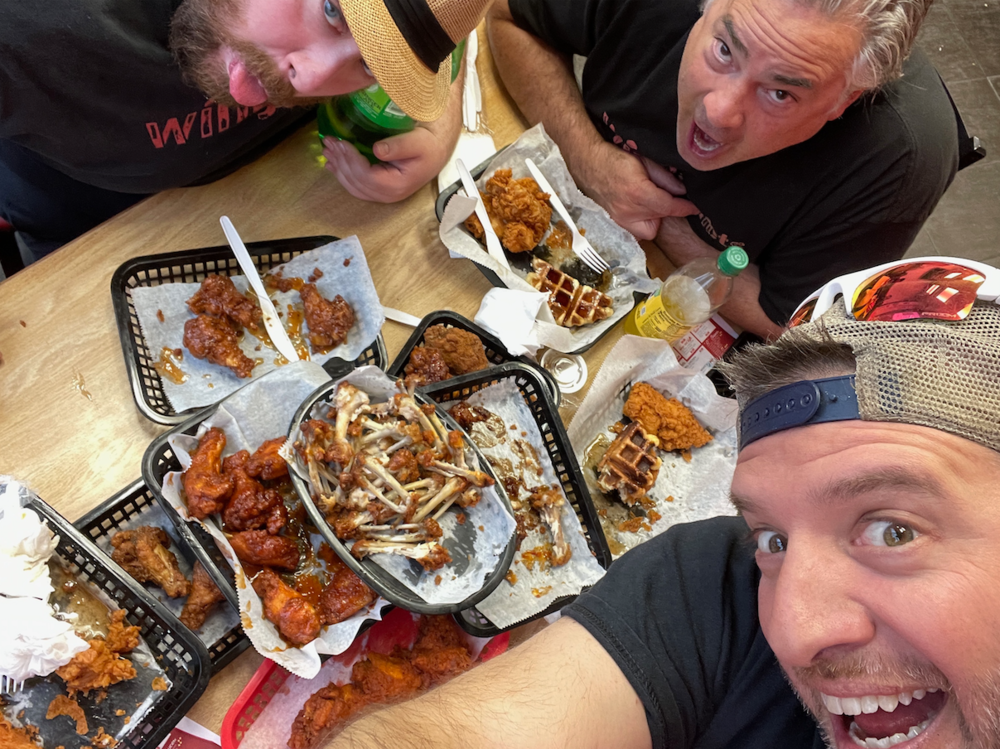 In fact, if I think about some of our absolute favorite places, there have been flavors (at least one of us) didn’t much care for. Particularly Wingchef Ryan, who can instantly detect Sweet Baby Ray’s sauces and gets disappointed. I personally like those but hey, he’s a professional chef!

* If they’re not cooked fully, that’s another story. Happened to me twice on solo missions, and once with just Doni and me. And remember, if you like them more well done - just ask ahead of time.

A few months ago, my sister-in-law and her husband ordered takeout wings from a place that we recommended highly (and still do). She said they were horrible, and that they threw them away and ordered more from someplace else! I’m shocked at that story, until I considered the “takeout” part and the fact that it was a Saturday night.

Here’s a very important fact to consider: If you order takeout wings on a Friday or Saturday night, Sunday during football, or any other busy time, you’re flipping a coin. First off, the kitchen is most-likely understaffed these days. Second, they may have to hurry your order, pack it into a container, and then let it sit there until you come get it. Then, you drive it home, still in those containers as your wings smolder in whatever steamy heat is inside that foil, cardboard, or styrofoam box. Been there. Not good. 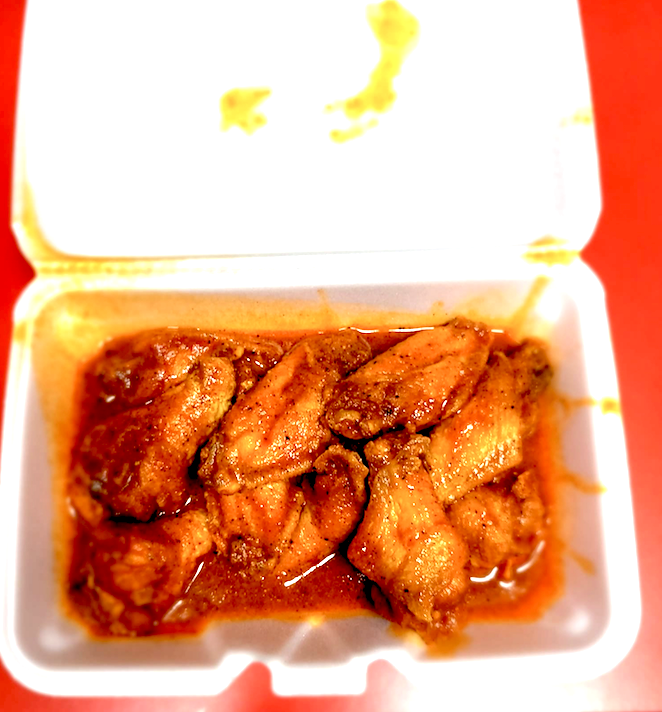 So, the first solution to the problem is DON’T order takeout wings!  ESPECIALLY when it’s a busy time. To me, eating takeout wings is like drinking wine from a paper cup or eating a ribeye on a paper plate with a plastic fork. 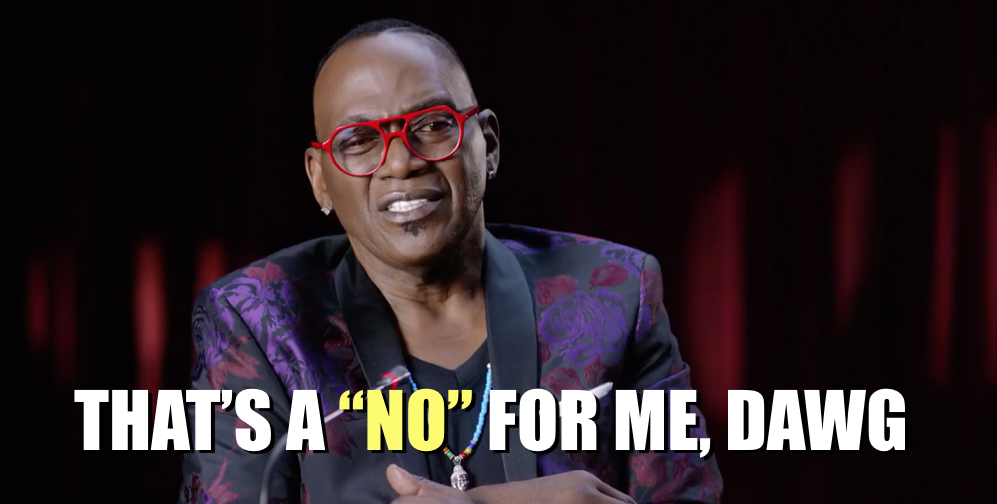 Next, I’d like to suggest ordering two or three or four different flavors when you go out. This way, even if you don’t like a certain wing, you’ll more than likely be redeemed as you continue on. 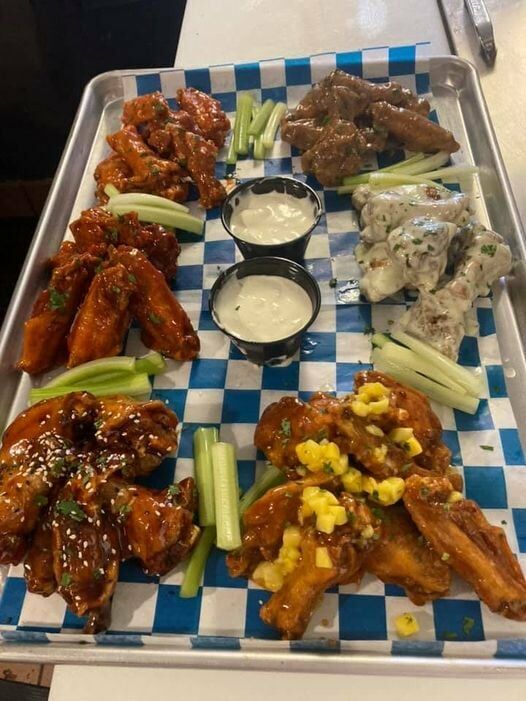 I know what you’re thinking right now. “But the prices!” So I ran a poll in the Wingaddicts Community on Facebook, asking how much money you normally expect to spend on a dinner for two.

Conclusion: It’s freaking 2021 people! Chicken wings are the new caviar! AND, you’re a Wingaddict! When you go out for wings, plan on paying what you’d pay for dinner and enjoy yourself! Eat in. Go easy on the booze if money is an issue.

The Wingaddicts Weekly Wisdom blog runs every Monday, and you can catch all the past editions here in the wingaddicts.com blog tab. We also have 162 YouTube episodes (please subscribe). And finally, be sure you’re a part of our Wingaddicts Community on Facebook! THAT’S where the fun is!