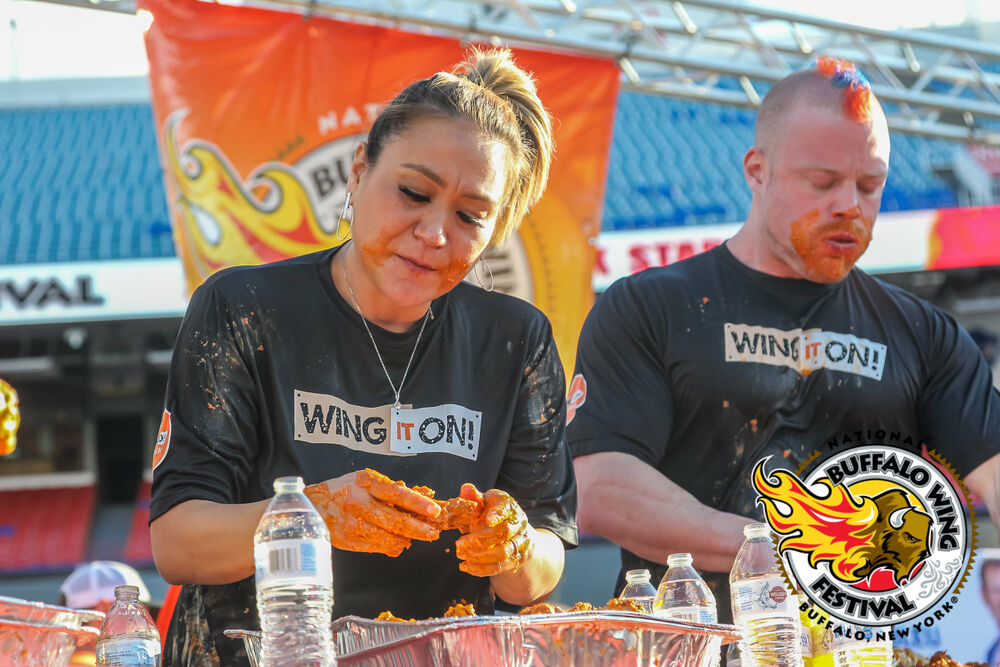 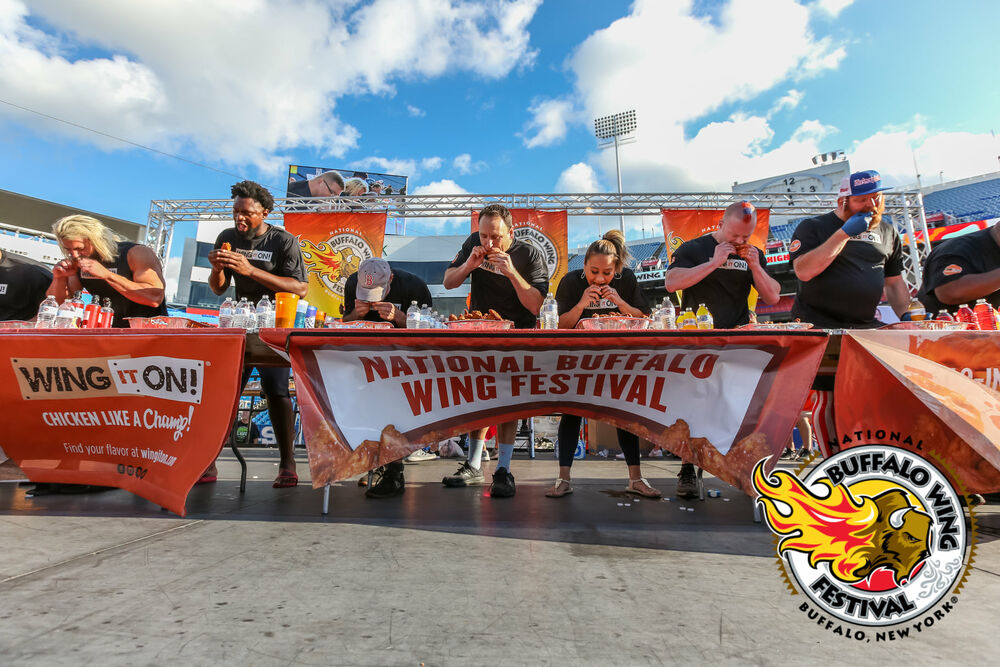 Sudo, a 36, had won the Women’s Championship at Nathan’s Famous Hot Dog Eating Contest seven years in a row (2014-2020) but sat out in 2021 because she was pregnant. Not only did she see Michelle Lesco take her title away, but she also watched the incomparable Joey Chestnut break the all-time World Record with 76 hot dogs eaten in ten minutes. 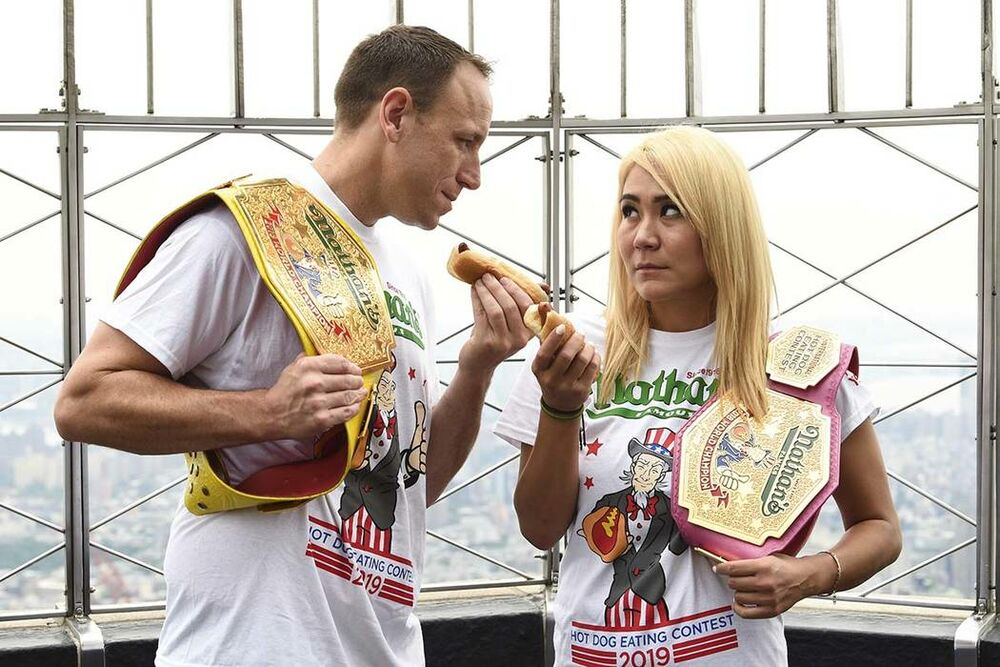 But we’re here to talk about WINGS!

In her very first year as a competitive eater, Sudo took down 6.7 pounds of wings in 12 minutes to win the US National Buffalo Wing Eating Championship back in 2013. Yesterday, eight years later in the event’s 20th Anniversary, she beat everybody . . . including Joey Chestnut. 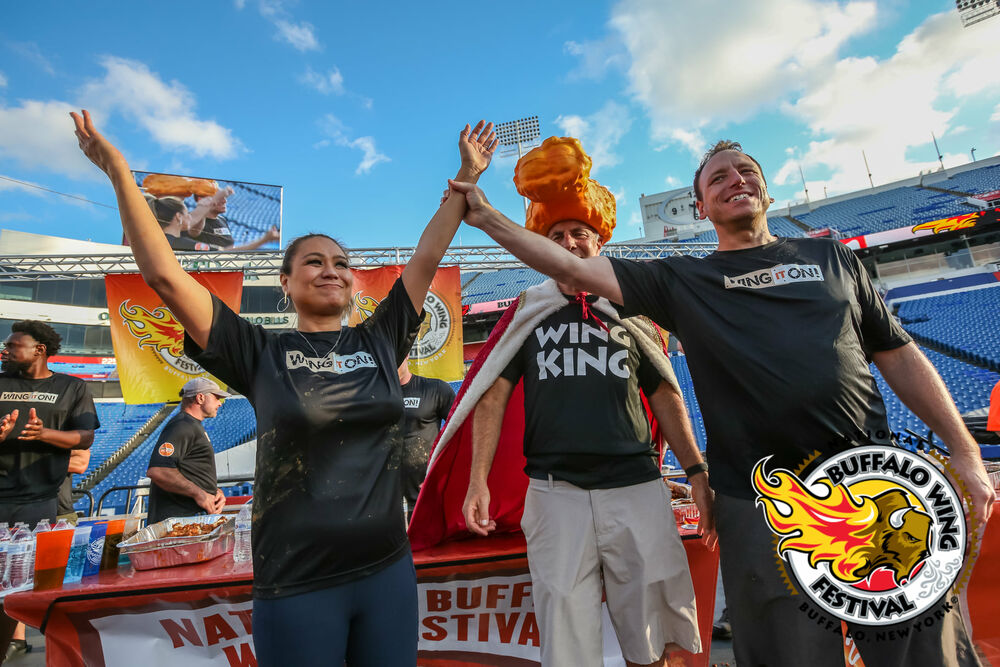 The crowd at Highmark Stadium in Buffalo watched in anticipation yesterday as Sudo’s Boneyard went on the scale. She ate 7.69 pounds of wings (246 of them) to narrowly defeat Chestnut by a wing-and-a-half. Chestnut’s final was 7.64 pounds (244.48 wings). Chestnut was a gracious runner-up. 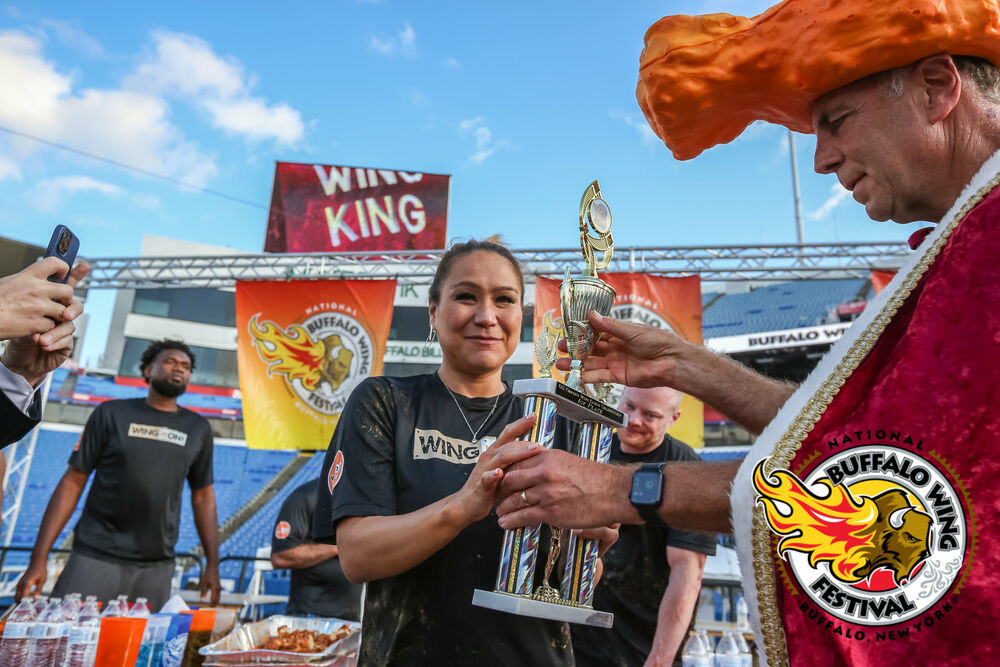 Each contestant started with a twenty-pound tray of wings and a twelve-minute clock. At the end, the wings were counted and weight again to determine the champion; Miki Sudo. 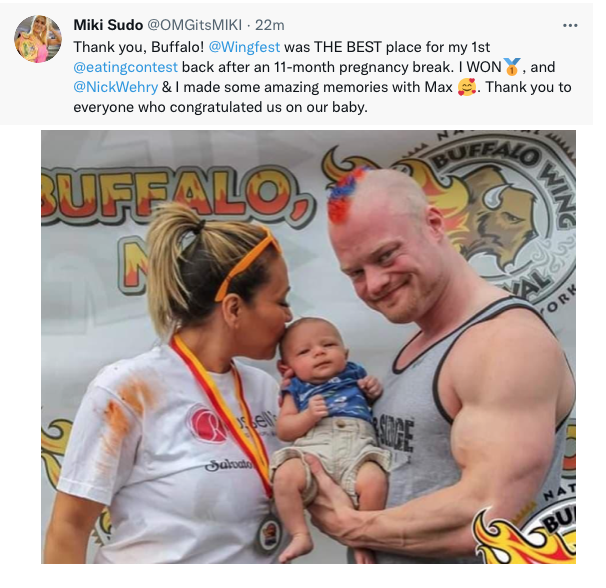 Born in New York City, Sudo started her career after graduating from UNLV with a degree in Business Administration. One night, at a local restaurant she saw a contest where you’d win $1,500 if you could eat the entire meal in a given timeframe. She entered it and won. Turns out she was the only person ever to complete that challenge. 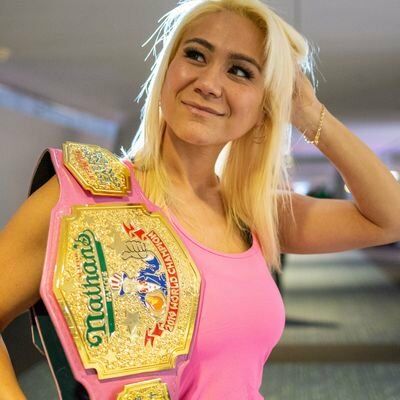 Google Miki Sudo sometime. She has quite an impressive list of eating feats on her Wikipedia profile, including world records in Kimchi, Hotdish, ice cream, and the women’s all-time record for 48.5 hot dogs! 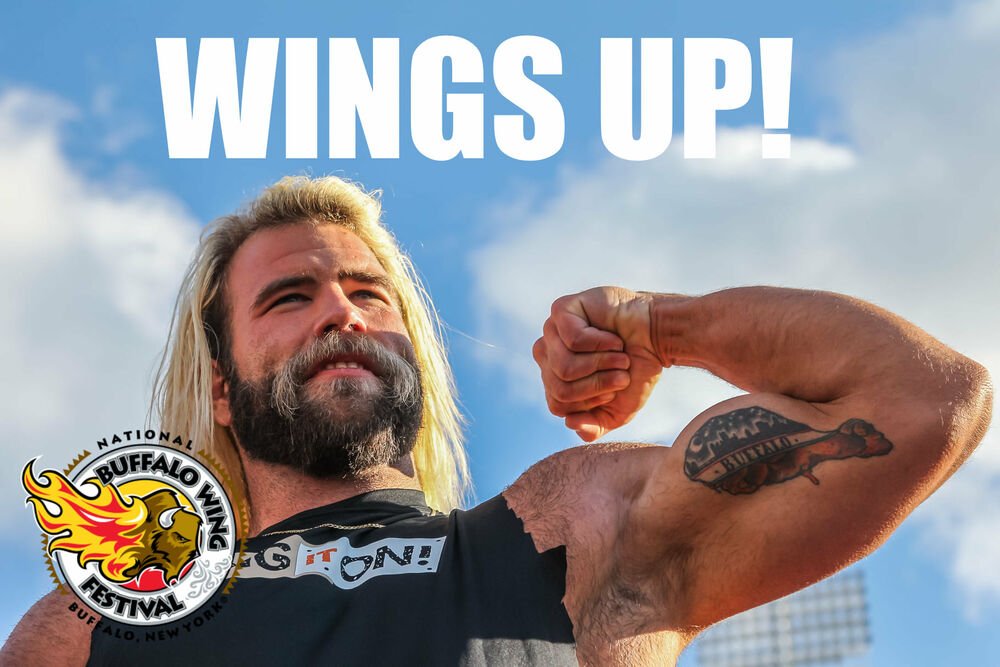