We’ve all heard the old saying, “You can’t judge a book by its cover.” But I pose the question; can you judge a wing joint by its menu?

Before the Wingaddicts visit any restaurant to film an episode we always start with their Facebook page. To be fair, many places do not have a strong social media game - and that’s okay. Because next, we always pull up their direct website. Some websites are amazing and just make us want to get in the car and go straight there. Like Blind Rhino. 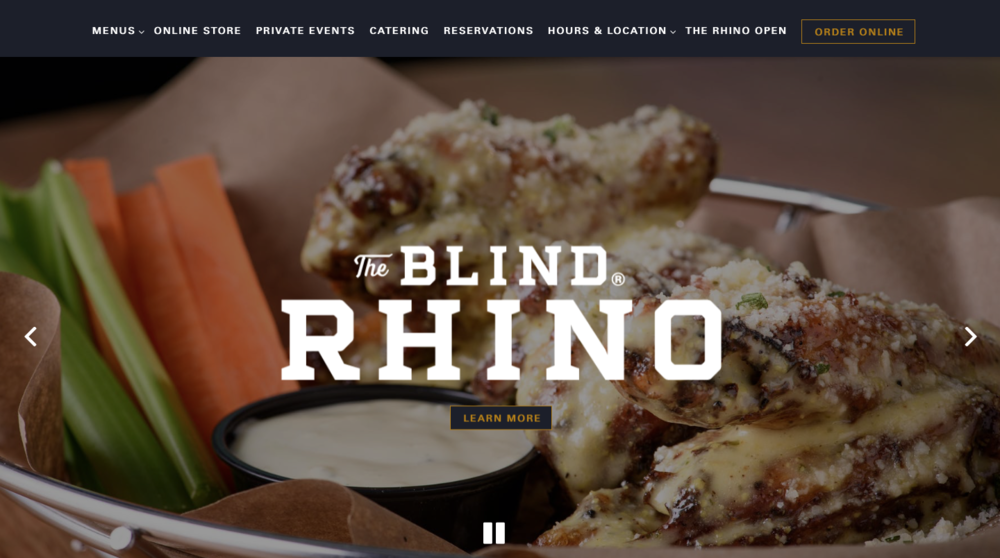 Some are horrible. And that’s okay too, because next we pull up their menu.

A restaurant’s menu actually says a lot about how serious they take their chicken wings.

Are they simply an afterthought?

We tend to be a little bit leery if we have to scour over the entire menu just to find wings. Now, to be fair, some restaurants specialize in other things such as burgers, barbecue, or even Mexican or Asian cuisine. Wings may not be their main thing, but in many cases can still be outstanding. But if we find a diner-like menu with a thousand boring listings and "chicken wings" as just one in the crowd . . . thumbs down for me. 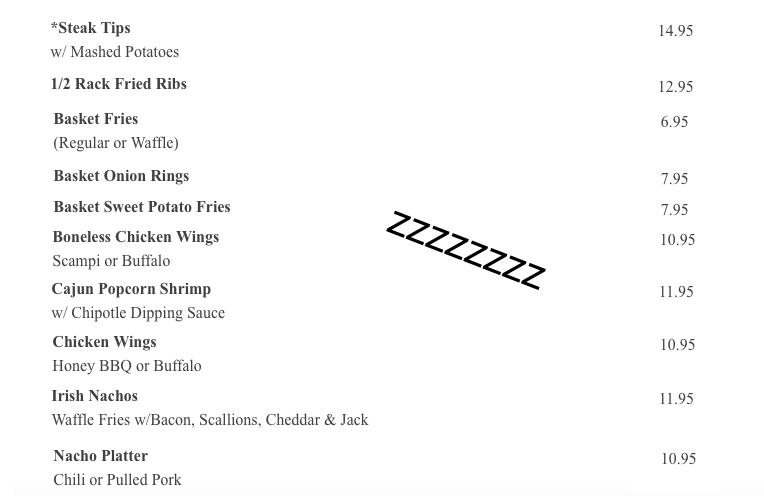 Are they listed as an “Appetizer”?

Hard core Wingaddicts don’t consider wings to be an appetizer. In fact, when I order wings there’s usually no room left inside me for an after-dinner mint, let alone an “entree.” I don’t discount a restaurant’s wing-game just because they list them as appetizers - but I honestly do sneer a little bit (just to myself). However, as a sidebar, I wouldn’t mind if the restaurant had the smaller “appetizer sized” wings and listed them as such. In fact, I’d respect that. (Maybe with a little disclaimer on the menu as well). And its also fair to point out that sometimes (like at a barbecue joint) wings can certainly be considered appetizers. In fact, wings are usually a heavenly little secret when people show up for ribs, brisket, and pork!

Are there multiple flavors?

Now of course BUFFALO is the go-to flavor for most Wingaddicts, and any restaurant that has wings has buffalo wings. But does it alter your confidence if you see multiple flavors? If a place has only buffalo, bbq, teriyaki, and sweet chili, do you get the impression that they use bottled sauces like Frank’s Red Hot and Uncle Willies? I personally get excited when I see creative flavors. If there’s a list of 20 or more, I get very excited. Full disclosure, this isn’t at all a deal killer. One of the state’s (and probably the country’s) top wing spots, J.Timothy’s has only those basic go-to flavors. In their case, they make all their own sauces though and intentionally keep the number low but focus on “doing it right.” And they do.

Are they an entire menu category? For example, do they have their very own section on the menu?

This is the most-important category to me, personally. If I pull up an online menu (or see one in the restaurant) and it has an entire “WINGS” category, that tells me straight up that this place is serious about its wings. TK’s American Cafe was one of the first to do this in the state of Connecticut, as was Sliders and Dew Drop Inn. The majority of “serious” wing spots have their own category. Some, like Chubby’s, are starting to add “Wingaddicts” options! THAT is gangster!

Are wings the star of the show?

Obviously the chain restaurants like Buffalo Wild Wings, Wing Stop, Wing It On!, Wings and Things, etc do this. I mean “WINGS” are in their actual names. But many places (including the three listed in the last paragraph) have entire “wing menus.” 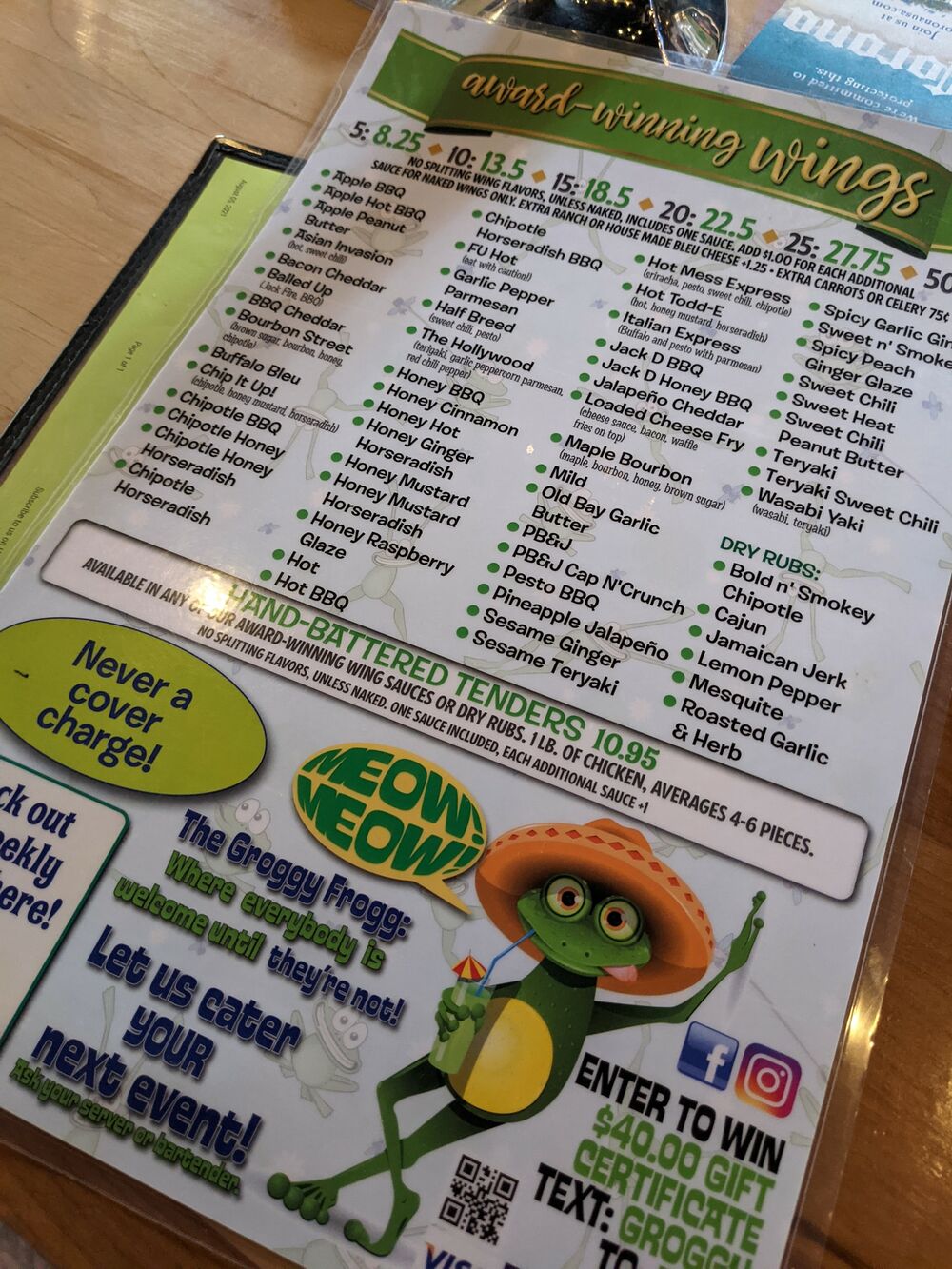 This has to be the ultimate Wingaddicts fantasy. Walking into a restaurant and asking to “see the wing list” is how we envision a utopian future. For God’s sake, Sliders actually has all its wing flavors on the wall when you walk in! Talk about making an entrance! 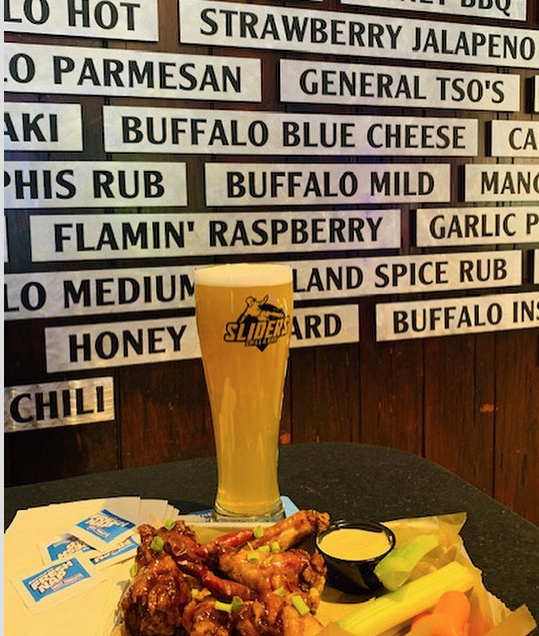 No matter where we’ve gone, though, regardless of the menu, we’ve seldom met a wing we didn’t like. What does a Facebook page, or a website, or specifically a menu mean to you? Do YOU judge a book by its cover? Sometimes its hard not to. 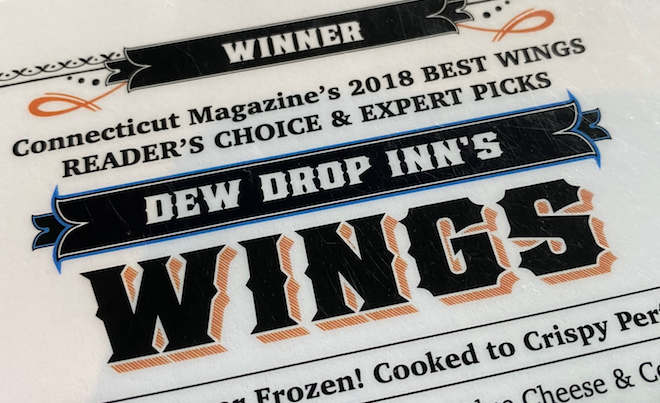 And for you restaurant owners out there, here's the most-important adage to pay attention to where Wingaddicts are concerned. "You never get a second chance to make a first impression!" We love ya! 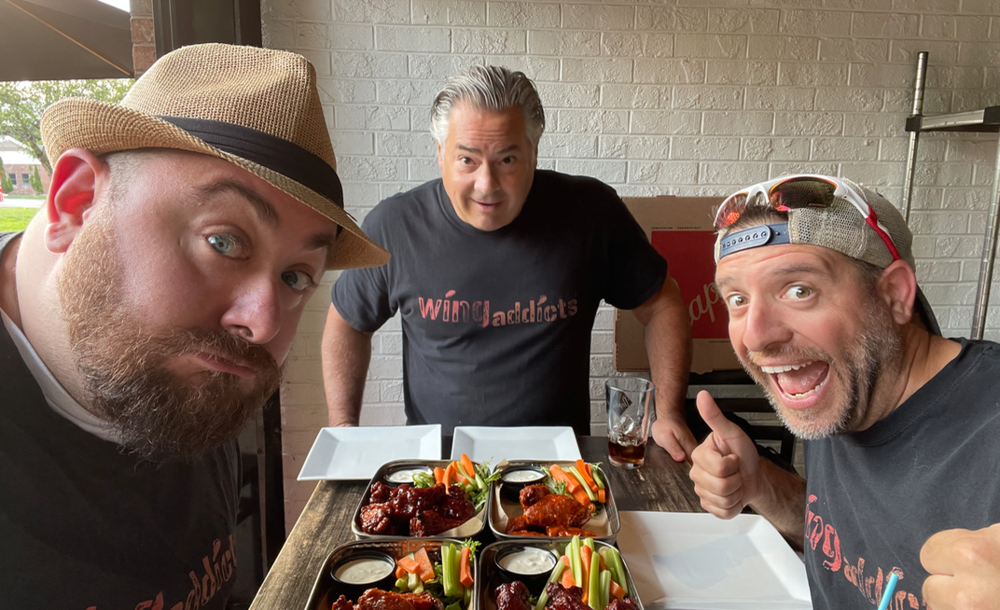 * Watch over 150 awesome episodes on our Wingaddicts YouTube Channel!

Previous Legend of "The Boneyard"
Next Saying a Sad Goodbye