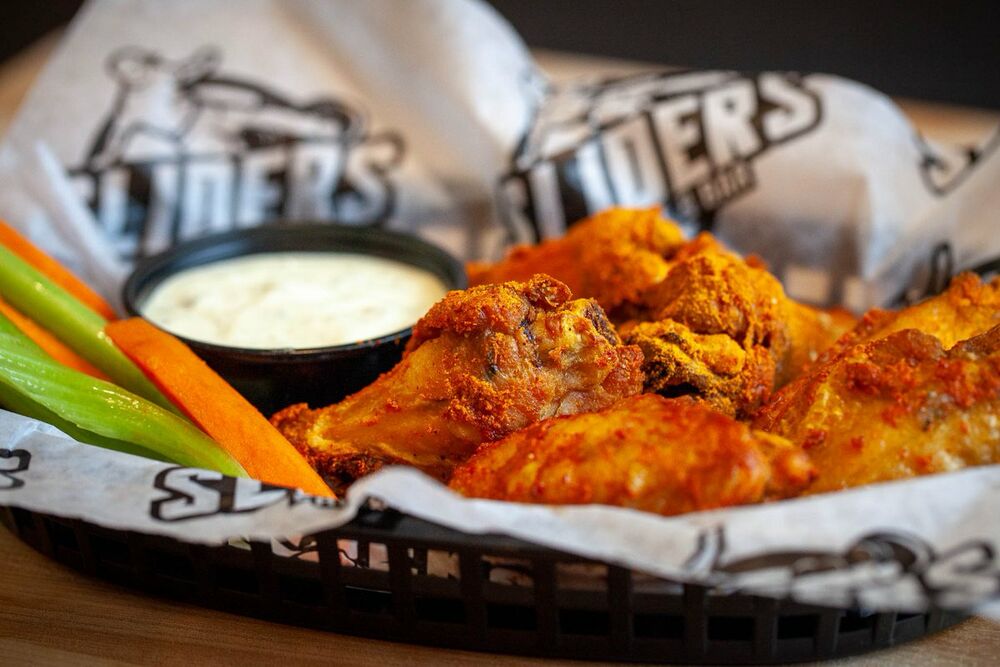 While most chicken wing enthusiasts over the age of 40 probably tasted buffalo wings at some point in the 1980’s, it really wasn’t until the early 90’s that wings really took off in the state of Connecticut. Restaurants like Hooters, Buffalo Wild Wings, and Wings & Things can be credited with popularizing wings on a national scale but the CT movement began generically. Several bars and restaurants had buffalo wings on the menu, but the true early movers in the wing explosion can be counted on two hands (maybe just one).

One such history maker is, without any question, Sliders Grill & Bar.

Connecticut Wingaddicts often thumb their noses at franchise locations when it comes to their favorite wings. Newsflash: Sliders is not a franchise! While it does have five locations around the state, you cannot open a Sliders Grill & Bar unless your name rhymes with Marcantonio. Actually, your name has to be Marcantonio. 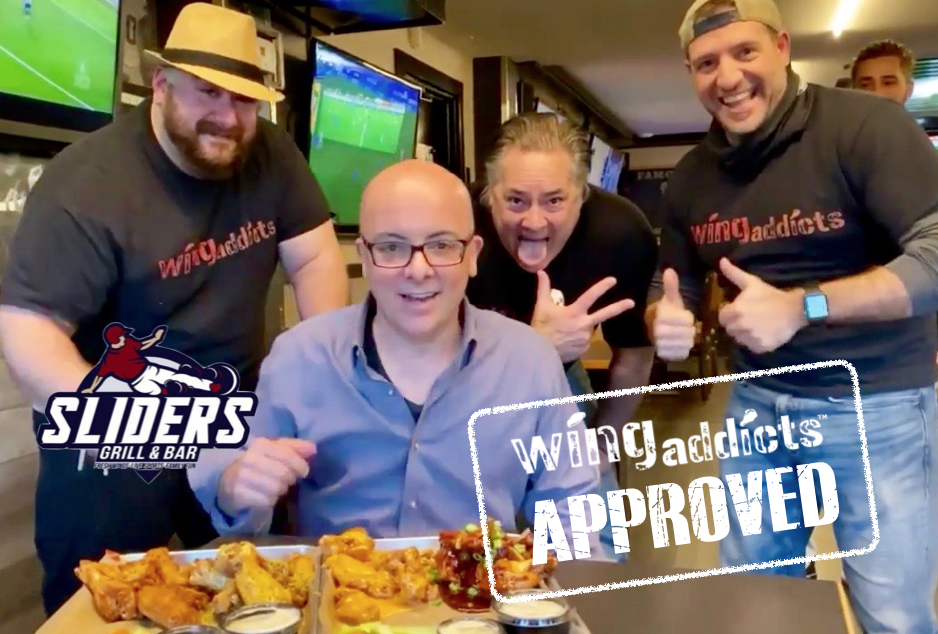 Fred Marcantonio opened his first Sliders in Plainville back in 1993, virtually across the street from J.Timothy’s (another historical wing monster). J.Tim’s was already a popular restaurant at the time, and was just starting to gain popularity for its “dirt style” buffalo wings.

Fred wanted to do something completely different. His goal was to open a hometown sports bar that focused on great wings. Only days before his grand opening, however, he still didn’t have his buffalo wing recipe nailed down and happened to mention it while chatting with his insurance agent.

“He told me, you know what? I have one,” remembers Marcantonio. "He gave it to me, I used it, the wings took off, and the rest is history.”

Wings really took off at Sliders when he made the decision to offer 25-cent wings on Sundays during football season. Before long, you couldn’t get in the door on Sundays unless you came early.

Over the next five years, Marcantonio began adding different flavors of wings to his menu before deciding to open a second location in Berlin. He then opened a third Sliders in Wallingford, a fourth in Wallingford, and finally a fifth in Middletown. There’s also a corporate headquarters and a staff of executives in Plainville including Fred’s wife Lisa who is head of marketing and recruiting.

In business for nearly 30 years now, Sliders has won over 100 awards for “Best Wings,” “Best Sports Bar,” “Best Happy Hour,” "Best Neighborhood Bar,” and “Best Sports Dining Experience” through contests and newspaper reader polls. In 2011, ESPN Magazine voted Sliders as the #5 Best Sports Bar in the entire country! They also won awards for “Best Wings” at the Super Bowl of Wings; the National Buffalo Wing Competition in Buffalo, New York in 2013, 2014, and 2015. 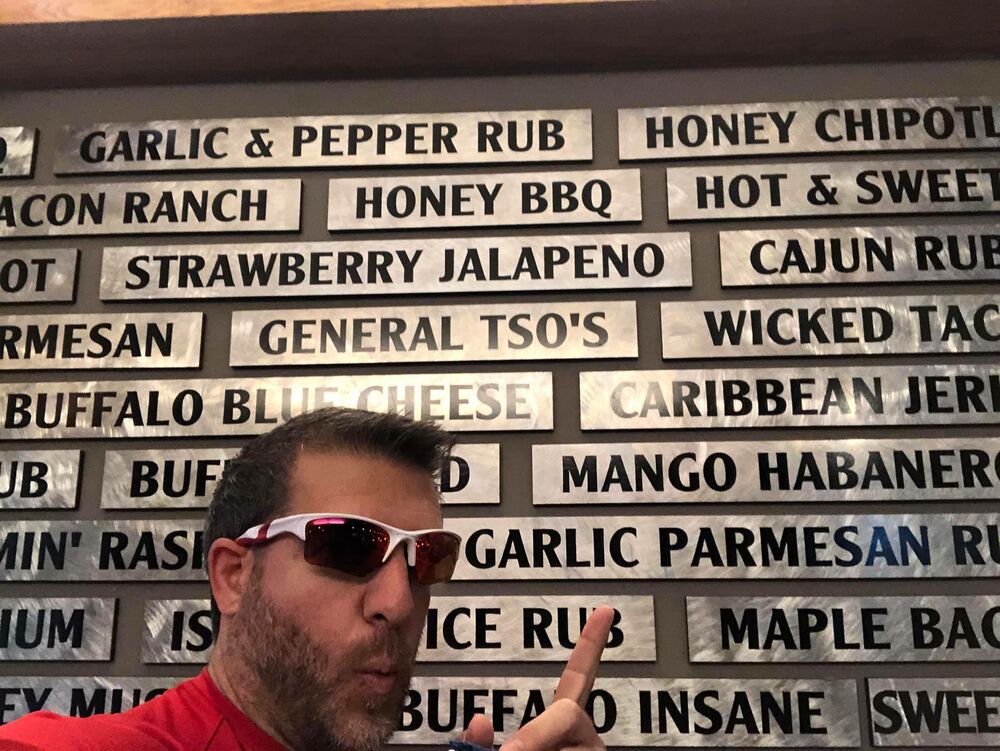 Today, Sliders serves up millions of wings from its five Connecticut sports including over 110,000 on Super Bowl Sunday alone. Sliders Buffalo Wing Sauce can be purchased online in hot, medium and mild, and you can choose from 40 flavors (and growing) when you visit. And, as you’d imagine, they have a menu that includes everything else you love to eat (and drink) at a sports bar. 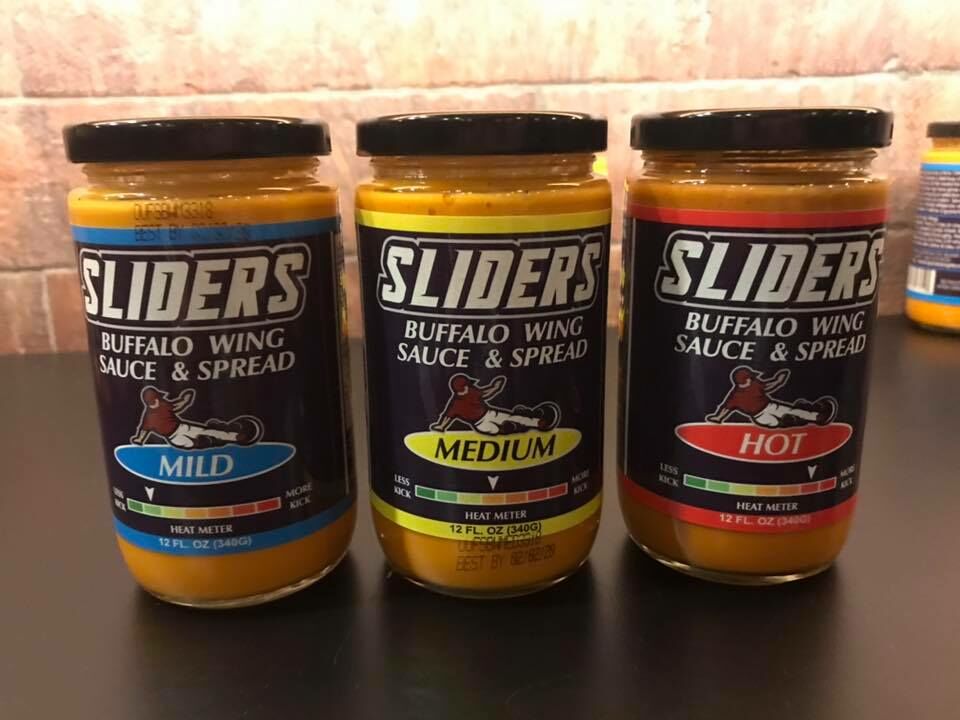 The “Best Wings” title is - and always will be - relative to your favorite wing spot. But there is no debate that Sliders is among the great wing establishments in the state and will always have its place in wing history here! 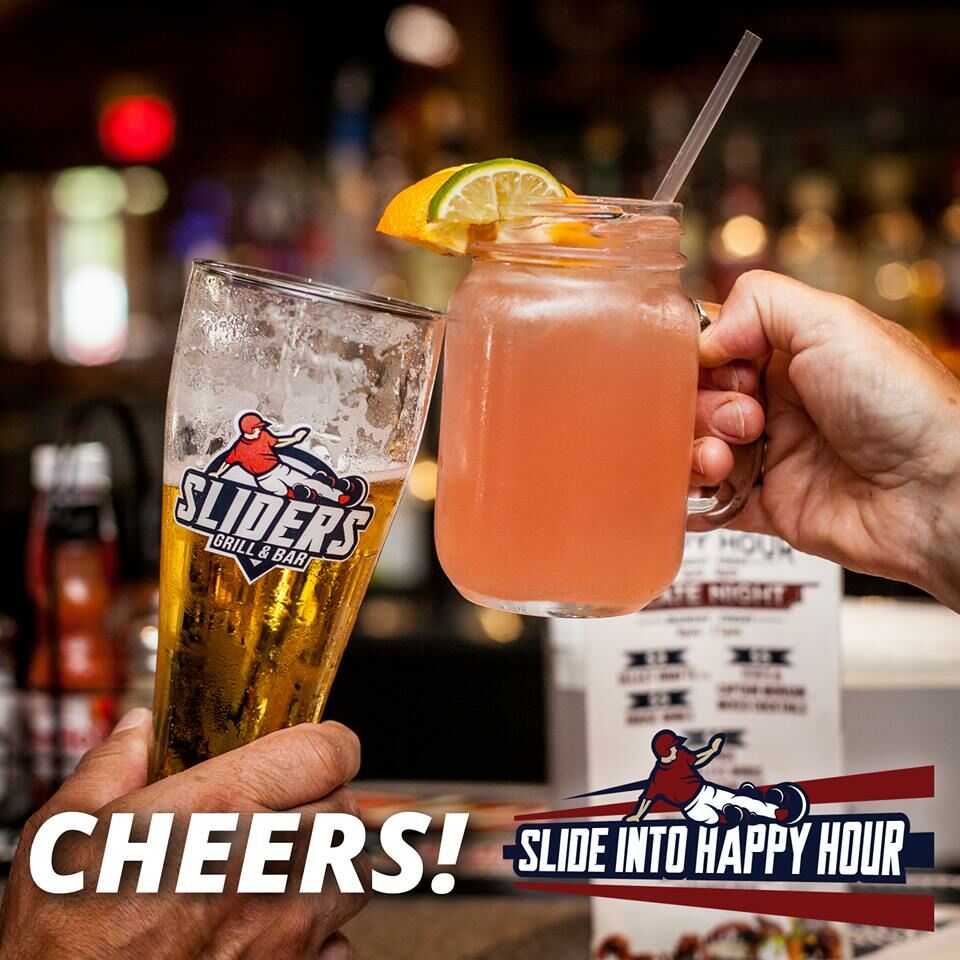