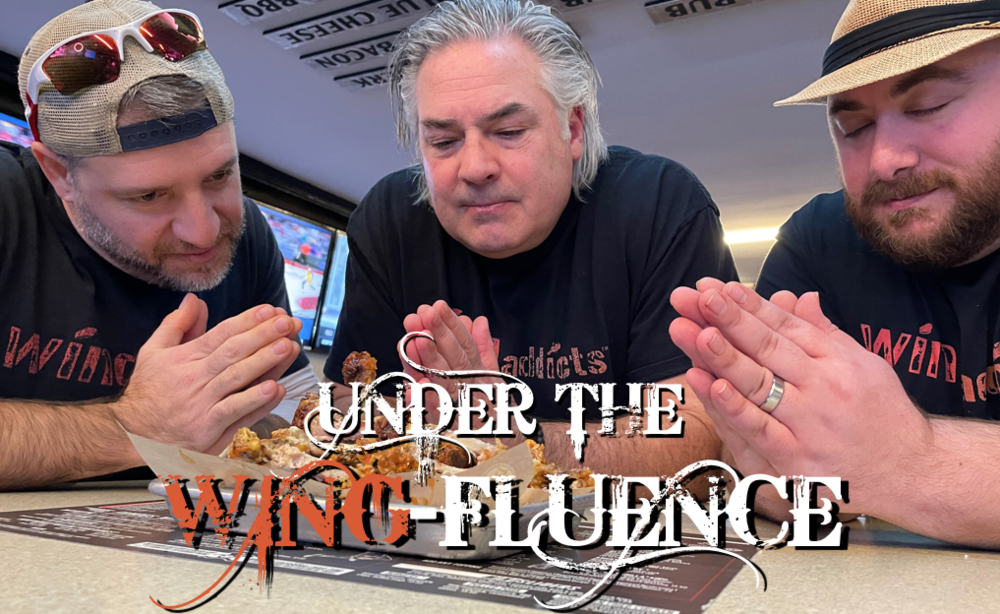 What Constitutes a “Wing Joint?”

As we soldier on in our quest to change the way the world thinks about chicken wings, the Wingaddicts have run into interesting questions to ponder along the way.

Who has the best wings?

What is your favorite flavor?

But as we continue to compile data and build our Wingaddicts Starter Wings app, lately there’s been a new question that’s super interesting. What actually constitutes a “wing joint?”

Does a pizza restaurant with buffalo wings on the menu get to be classified as a wing joint?

I recently stopped at a 24-hour diner in the wee hours and happened to notice buffalo wings on the menu. Really? Has anybody ever ordered wings at a diner? Are they any good? Does that make a diner a wing joint? I’m going to have to say, “no.”

What about a legit pub that also has only “buffalo wings” on the menu? I think of, for example, The Rathskeller in my town of Southbury. Excellent wings, great atmosphere, but a wing joint? With just one flavor, again, I have to say “no.” Not officially.

So how many flavors what does a restaurant need to be classified a “wing joint?” For starters, we have some of the obvious wing joints in Connecticut like Dew Drop, Sliders, Groggy Frogg, TK’s, Blind Rhino, Hot Rod’s, Archie Moore’s, Cover Two, Hard Hat, Tuck’s Tavern, Bidwell Tavern, Ordinary Joe’s, and yes even Buffalo Wild Wings (its a wing joint). They all have multiple wing flavors and actual “wing” sections on the menu.

But glaringly absent from that short list are places like Porky’s, and one of the most-famous wing spots in the state (if not the country) J. Timothy’s Taverne. Both these Wingaddicts Hall of Famers have only five wing flavors on the menu. J.Tim’s has a huge menu and does insane dinner traffic. Based on pure excellence and ridiculous wing sales, and based on the fact that we believe most people think immediately of wings when they hear those names we clearly declare both spots “wing joints.”

But where does it get gray? How about a spot like jjStacks? Awesome wings, but also great burgers, sandwiches, and a mini golf course. What’s the personality? Do we say “wing joint?”

That leads to another question. A member of our Facebook “Wingaddicts Community” was telling me that he wants to be sitting in an actual bar when he eats wings. Is this common thought process?

The Hub, Four Dad’s Pub, Chubby’s, Inishmor Pub, Old Well Tavern, and Black Rock Tavern have exceptional wing games and all have bars. But they also all have distinctive personalities outside of wings. We’re not sure the average person thinks “wings first” when they hear those restaurant names. Are they wing joints? What about BBQ joints? SO many have great wings. But probably not "wing joints." Right?

You know that Ryan, Doni, and I enjoy wings anywhere anyhow, however I personally do NOT like takeout wings. I want to eat them straight from the kitchen. Most hard-core Wingaddicts will tell you that transport ruins quality chicken wings. That said; does that rule out the wing spots that ONLY serve takeout? Many of them have “wings” in their actual name.

One more devil’s advocate example for you to chew on. We did do an entire Wingaddicts YouTube season on “Pizza Joint Wings” and discovered that many pizza places are very serious about their wings. But some seem to just throw them on the menu. We found ourselves accidentally at a pizza joint last year and were thrilled to see about a dozen wing flavors on a very very very inclusive large menu (almost diner like). The wings were tasty (almost all wings are tasty), but they were small, they were baked, they were breaded, and we - as professionals - know that they were from frozen. So, a dozen wing flavors does not necessarily a “wing joint” make. Not only does this place not get “wing joint” status, but I would never order wings there again. Plus, we think a “pizza joint” wants to be known as a “pizza joint.”

So what makes a “wing joint?”

Or is this just too much nonsense to think about on a Monday morning? Full disclosure, they’ll all be on the app. And maybe that’s the perfect answer.

Previous Connecticut "Hot Ones!"
Next My Compliments to the Chef