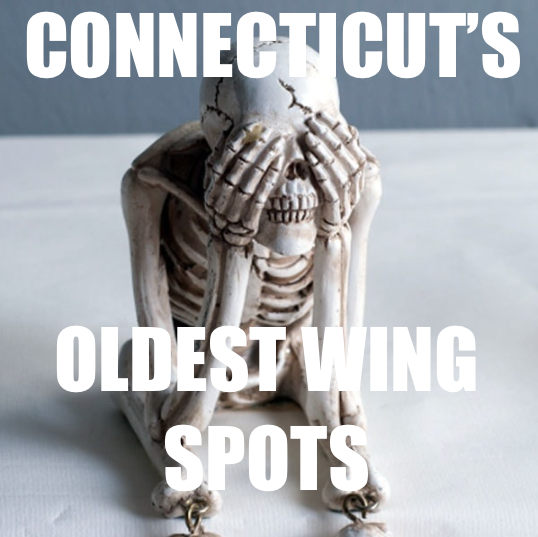 While people have only been enjoying buffalo wings since the 1960’s, in Connecticut you can sit down and say “wings up” at establishments that are hundreds of years old. Just for fun, let’s take a little transport through history and find the oldest places in CT to eat wings!

1754 House is #1 on our "oldest" list, and you don’t have to be smarter than a chicken to figure out what year they opened their doors! The building was actually built in 1736, in Woodbury, and is the state’s oldest functioning Inn. For many years it was in business at The Evergreen Inn, and for many more as the Curtis House (with the downstairs bar named City Hall). It became 1754 House in 2020 when taken over by Chef Michael Bates-Walsh, and though they only have two flavors their wings are delicious every time you go!

The Griswold Inn, in Essex, opened for business in 1776, just before “our flag was still there” and the British surrendered to end the Revolutionary War. The place is super cool and has some great food on its menu but they’ve skipped the most-important dish. Nope. No wings. So we’ll only give them honorable mention on the Wingaddicts Blog. 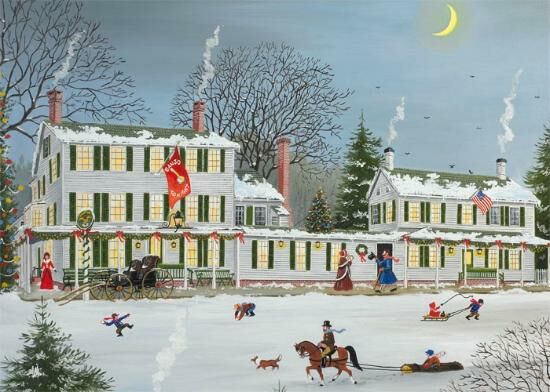 The building that is now J. Timothy's Tavern was erected in 1789 as a large house and tavern in Plainville, CT. In 1795, John Cooke purchased the house and land from Luther Shepard for 36 pounds. Though records are imprecise, it is assumed John Cooke was the proprietor of the tavern before purchasing it outright. George Cooke, John’s son, eventually took over and lived in the building for 93 years! George Cooke died in 1923 and passed the tavern to his niece, Mrs. Nancy Kirkham. In 1934 a great-great-grandson of John Cooke turned the tavern into a full service restaurant. Although it was closed briefly in the 1950s due to a small Thanksgiving-eve fire, it has been a restaurant ever since. Descendants of original owner John Cooke operated Cooke’s Tavern from its beginning until Jim Welch and Tim Adams purchased the building in 1979. The restaurant name was changed from Cooke's Tavern to J. Timothy's Taverne in 1988 and is ALWAYS mentioned as one of THE best wing spots in the state. 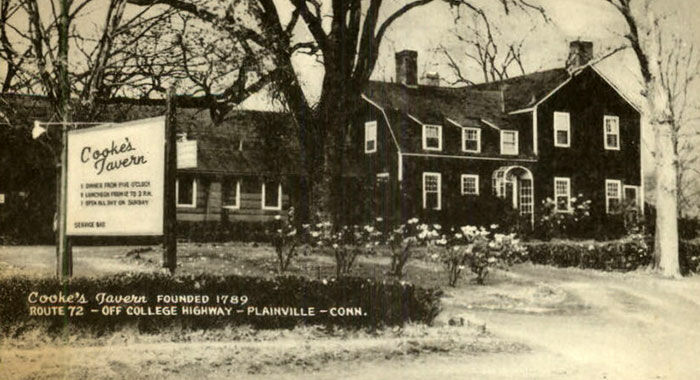 The Old Riverton Inn (and Royal Coachman Tavern) has a history dating back to 1796 up in Riverton, CT. It has been a destination for fly fishermen for centuries and was recently purchased and renovated by Adam and Danamarie Towers. The place is charming and full of history, and the wings are no joke! They have a solid selection of flavors and they are 100% Wingaddicts Approved! 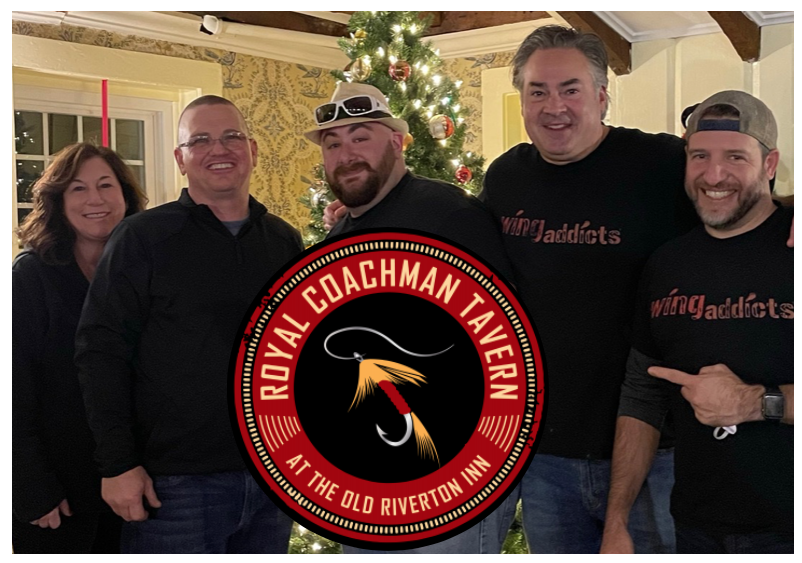 The Bidwell Tavern in Coventry has long been known for its wings! Opened in 1822, they’ve been serving their award-winning wings in dozens of flavors for years. There is so much history in this place and it’s a blast just walking around and admiring the artifacts. After you’ve stuffed your face with wings. Bidwell is definitely in the discussion for “best wings in state.”

You wouldn’t know it when you pulled into the parking lot, but The Marlborough Tavern has been a staple in Marlborough, CT since 1740. Originally the Buell Tavern (and home of the Buell family) was located on “Governor’s Highway” (now Rt 2) which ran from New London to Hartford. The residents of Marlborough gathered in the Tavern’s tap room after the Revolutionary War, stacking their muskets and hefting a tankard of ale to celebrate their win over the British. It is also said that President Andrew Jackson once stopped in for a beer. They only have three flavors of wings (Buffalo, BBQ, General Tso) but they’re worth the drive!

The Victoria Inn is the oldest bar in Naugatuck, CT having been built in 1870 as “The Union House” which offered food and lodging. It started serving liquor in 1899 and was purchased by Victor & Victoria Siwanowicz in 1925 upon which time it became The Victoria Inn. The place is under new ownership as of recently, has a super cool vibe, and ten flavors of wings. Oh, and there are still iron rings on the stone wall out back where horses were once tethered. Give em’ a try! 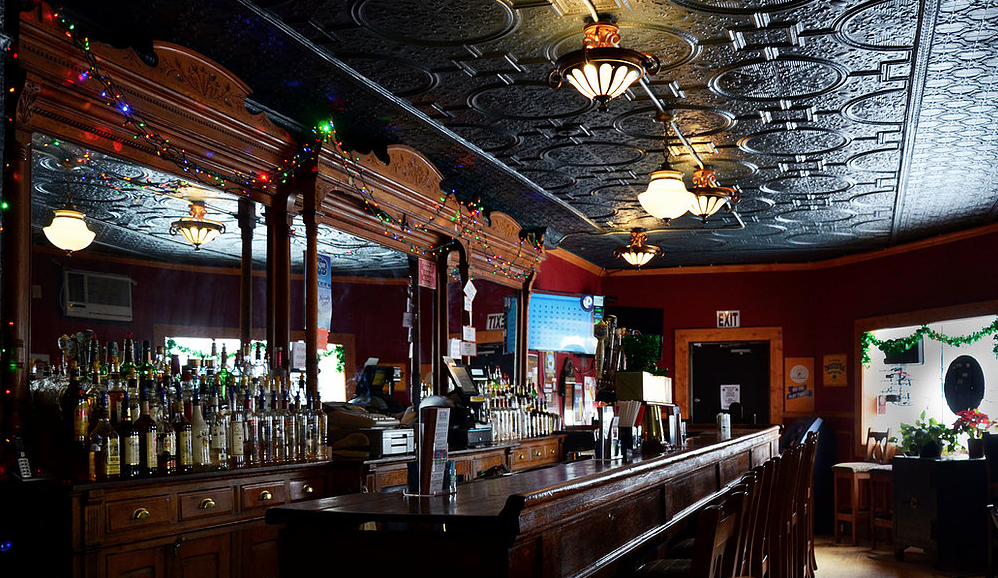 Named after the first president of the United States, The GW Tavern in Washington, CT was built in 1850 and has been a fixture in Western CT ever since. A charming place with a big portrait of old GW over the fireplace, this place isn’t really known for its wings. But they do serve traditional buffalo! So, wings up! 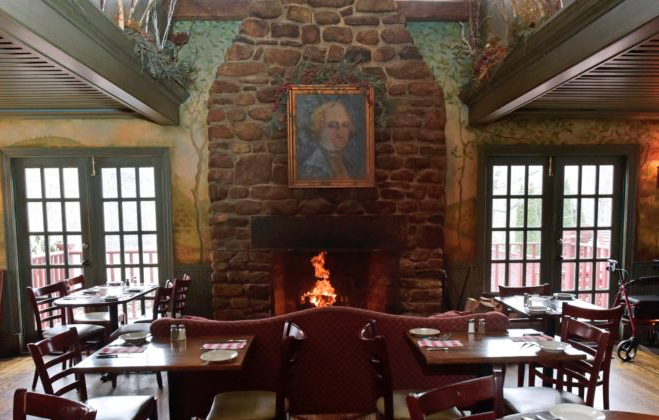 While it was built in the 1730’s, The Old Well Tavern in Simsbury didn’t become an actual “tavern” until 1866 when it began operating as a stage coach stop and roadhouse known as Old Knights Inn. During the 1880’s the Higley family took it over and turned it into a tavern and brothel. Legend has it that one of the Higley’s relatives named Seth, is burried in the basement! After Prohibition in 1916, the name was changed to The King Philip Diner until 1935 when Arnold Daden and his wife purchased the building and named it The Old Well. Since then the business has been Hopmeadow, The Inn Place, Gemini’s Cafe, The Lobster Barn, Reno’s Gathering Place, and finally (deep breath!) back to The Old Well Tavern, now owned by Frank Cardoso and Erika Lange. Full disclosure: The Wingaddicts have not been there yet, but the history is just too cool not to add AND they have 20 wing flavors on that menu.

We’ll keep you posted! Wings up!

Previous Take the 'Wingaddicts Challenge'
Next Wings are Super Healthy!